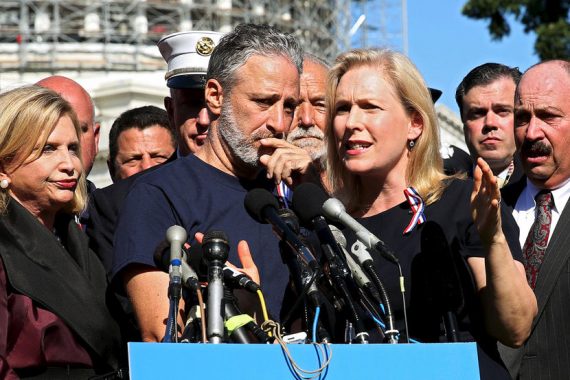 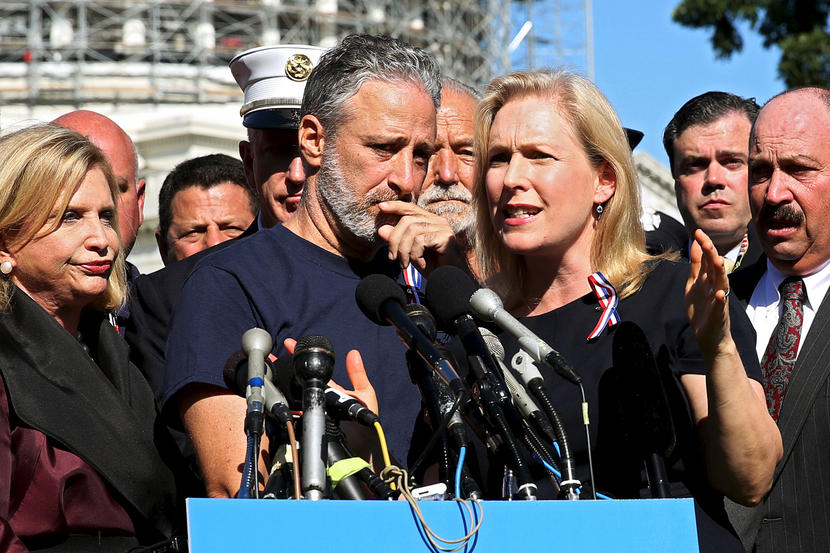 Comedian Jon Stewart listens to Senator Kirsten Gillibrand (D-NY) at an event to urge U.S. lawmakers to re-authorize the Zadroga Bill at the U.S. Capitol in Washington, Sept. 16, 2015. Photo by Gary Cameron/Reuters

Comedians get a bum rap. Many are seen as cynics, while others seem to make light of serious situations. Every once in a blue moon, you end up with a truly amazing human being. Enter, John Stewart.

From his time as a student at William and Mary, to his meteoric rise to anchor The Daily Show on Comedy Central, John Stewart has always been a hardworking, standup guy (pun intended). He’s really a role-model to aspiring comics.

After John Stewart left The Daily Show, some thought he would retire and live a life as a man who was finally free to follow his whims. Those who thought Jon Stewart would just shrink into the background are horribly mistaken. One thing that truly chafed the living legend of comedy was the gridlock in Washington.

He was known as someone who had the ear of President Barack Obama. In fact, according to some reports, the White House consulted and informed John Stewart of their policy decisions while he anchored the Daily Show.
Now that John is free of the responsibilities associated with hosting a nightly news satire show, he has gone on the offensive against Washington’s debilitating gridlock that keeps good things from becoming law.

The 9/11 Health and Compensation Act has finally gotten its day in the sun. John Stewart had his eyes set on this bill from the moment it was introduced to congress 5 years ago as a bill. He regularly mentioned it on the air and after retiring from his nightly show, he was able to focus in and make a bigger impact.

According to reports, John Stewart had been sited popping in and out of congressional offices as he personally lobbied to help get this bill signed into law. The thing you absolutely have to respect is that John literally went from giving Republicans hell on his tv program for holding this bill up in an effort to get their way on other negotiations, to actually pushing this bill through the bureaucracy in Washington.

John Stewart literally put his time and prestige where his mouth had been for so many years. So what does this new law do exactly? I thought you’d never ask!

Originally introduced to Congress in 2010 and signed into law, the entire law expired a few months ago. In its present form, thanks to John Stewart’s help, it is no longer a temporary measure, but a permanent program that will continue to provide benefits to those that responded to the terrorist attacks of 9/11.

Many first responders suffer respiratory problems, and other debilitating disabilities as a result of their heroism on that fateful day. Today, thanks to John and a cohort of Congressman and Representatives, they no longer need to worry about how they’ll pay for the costly medical care they’ll likely require for the rest of their lives.

Today they can enjoy life and take advantage of a well-deserved program that will have their back, just like they had ours during the September terrorist attacks. Seriously John, well done!