If the Raindrops United: Drawings and Cartoons

He is known as The World Champ, actor, comedian Judah Friedlander is AWESOME. Not only is he a excellent comedian, actor, he’s the world champ of the world. Judah can be seen nightly performing at most of the local comedy clubs in NYC.

Judah is mainly known for his role on the NBC hit 30 Rock where he played the character of Frank Rossitano. As well as such films as Wet Hot, American Summerer, American Splendor, and The Wrestler. Though before all the film fame he was a hard working stand up comic, and he quickly became one of my favorites. The first time I saw Judah perform was back in 2001 at Comic Strip Live on the Upper East Side, when I first started to promote stand up comedy. What caught my attention was how great he is working the crowd. After the shows he would greet all the fans and he’s a really is a genuine nice person. He would really take the time and talk to everyone and was good at marketing himself. I knew then he was something special and he quickly became one of my favorite comedians.

Judah created a new book, If The Raindrops United, from Hachette books, it’s funny and has some pretty amazing drawings and comics that show a new view of Friedlander’s talents. This has reached a new milestone in his successful career of one one of American unique comics.  This book will be release on October 20, 2015 and Judah will be doing a comedy tour to support.

This book will be release at The Comedy Cellar Village Underground, on the 8pm show which features stand up comedian Marina Franklin and a special long set from Judah Friendlander, everyone who will attend the show will get a free copy of the book. He will then be featured in the Powerhouse Area to spread more laughter in Brooklyn.

I highly recommend you purchase Judah’s book  “If the Raindrops United” on Amazon, BN.com and at other independent booksellers everywhere.

Here are Friedlander’s tour dates that also include Q&A’s at certain stops. Grab your tickets here. 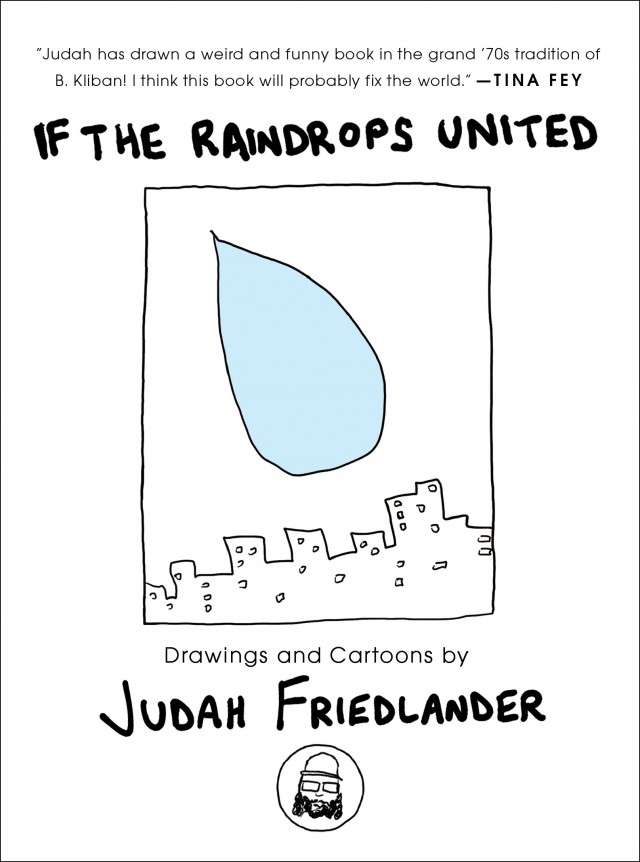