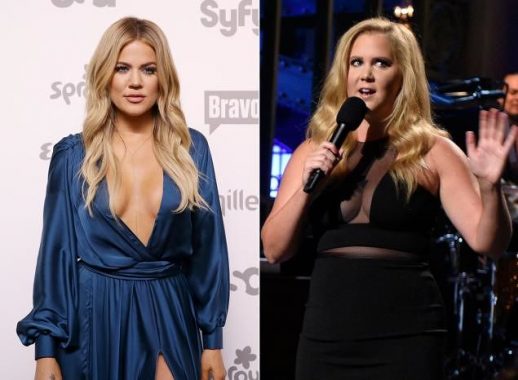 Amy Schumer talks about wanting better role models for young girls than the Kardashians and the time she thought she was dating Bradley Cooper.

Amy Schumer was hosting “Saturday Night Live” last saturday, and it appears Khloe Kardashian wasn’t too happy with the stand up comedian’s opening monologue. Schumer made the Kardashian’s the butt of quite a few mocking jokes:

“We have to be a role model for these little girls, because who do they have?” said Schumer. “All they have, literally, is the Kardashians.”

The comic  then made fun at Khloe’s weight, in general.

“And like, we used to have Khloe. Khloe was ours, right?” said Schumer, in reference to Khloe’s 35-pound weight loss. “But then Khloe, she’s lost half her body weight. Like Khloe, she lost a Kendall, and we have nothing.”

It definitely materialized and got back to Khloe, as she later tweeted out to Amy Schumer: 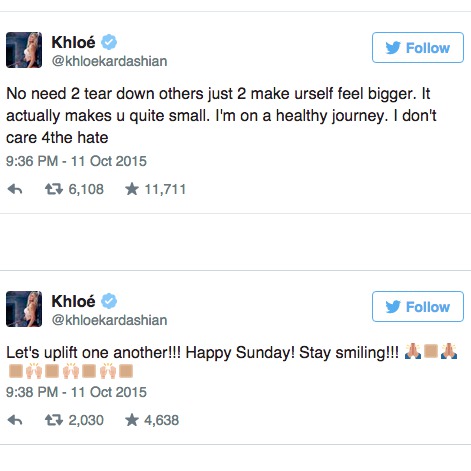 Khloe has been honest about her weight loss, detailing it all publicly on Instagram and talking about it recently in the media.

“I’ve lost like, 35 pounds. I don’t really weigh myself … but I know how I want to feel in clothes and it does become addicting once you start losing weight and seeing results. I want to see more,” said Khloe on the Australian radio show, “Fitzy & Wippa.”

The Kardasian has revealed her hard work has paid off in a recent Complex magazine photo shoot earlier in the year. Khloe Instagram some unretouched photo from that shoot, which she dedicated to “the troll haters out there.” 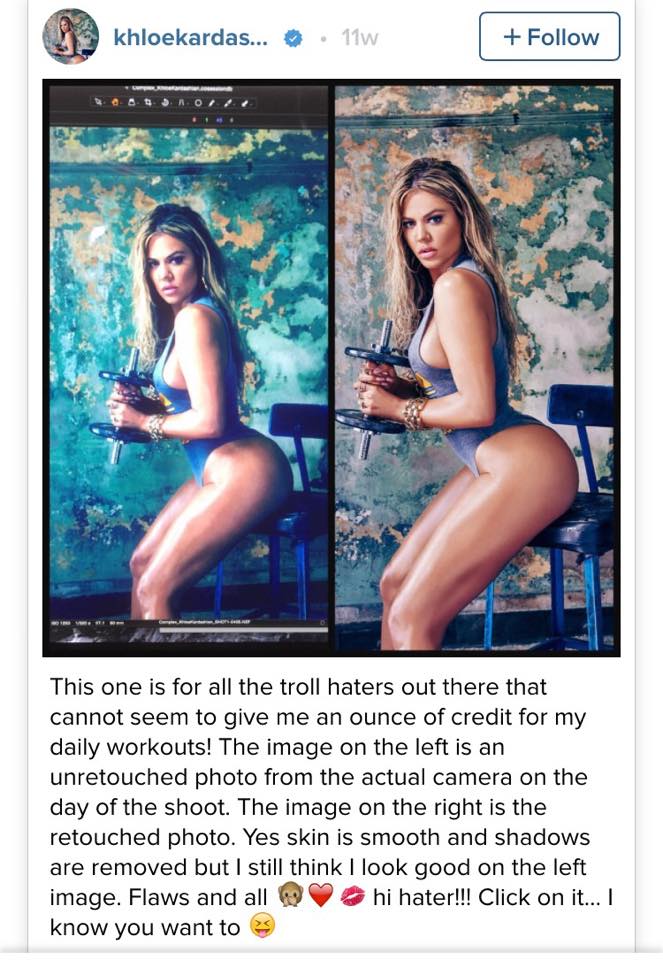