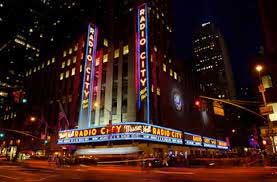 If you’re looking to take some comedy shows in NYC, why not get some laughs in along the way? Comedy is at the center of the Big Apple; both culturally and geographically, with award winning comedy clubs in every major borough. NYC Comedy Clubs are known for incredible,

A-List talent and a unique ambience that allows the comedy clubs their own personality. New York City is truly the Mecca of comedy in the United States. It’s home to all the major television networks, which affords local comedy clubs the ability to get a hold of the best in the business.

Comedy Clubs NYC Feature the Stars of Today and Tomorrow

It’s more than just the stars of today. Many of tomorrow’s television stars get their start on the New York comedy circuit. Comedians with household names, like Chris Rock, had their breakthrough performance at a now infamous club known as “The New York Comedy Club”. When booking your tickets, don’t be afraid to try a show with a comedian you may not recognize. Chances are, you’re watching a future sitcom or Saturday Night Live cast member.

For example, before Lewis Black was a household name, he worked as a playwright in the Appalachian Regional Commission. Once he knew he was destined for more, Lewis made his pilgrimage to New York City. The West Bank Cafe Downstairs Theatre Bar in Hell’s Kitchen became his home away from home; eventually branching out into multiple New York comedy clubs in the grueling circuit that has proven to hone many of comedy’s elite. Comedy Central eventually signed a deal to allow Black to make his way onto television as part of “Comedy Central Presents”. In 2004, he made his way back to NYC to perform his HBO special: “Black on Broadway”. Not only did Lewis Black discover his love of stand-up in New York City, but he honed it and once he started to gain recognition, he stayed to perform multiple HBO and Comedy Central specials.

The Birthplace and Showroom of Affordable Stand-Up Comedy and Television

Lewis Black serves here as just one example of many comedians who cut their teeth on the New York comedy club circuit. He shares this tradition with the likes of Chris Rock and Judah Friedlander. In fact, you’d be hard pressed to find any stand-up comedian of notoriety who didn’t get their start at a New York City comedy club. After a comedian’s success, they stay close to the NYC comedy club circuit and regularly perform their act in New York City.

If visiting New York City from out of town and need a great place to stay then check NYCTourist.com where you’ll find a list of hotels with options ranging from cheap hotels to luxury hotels and plenty of options near NYC’s best comedy clubs.