Number 1. Movie In Germany is a Hitler Comedy 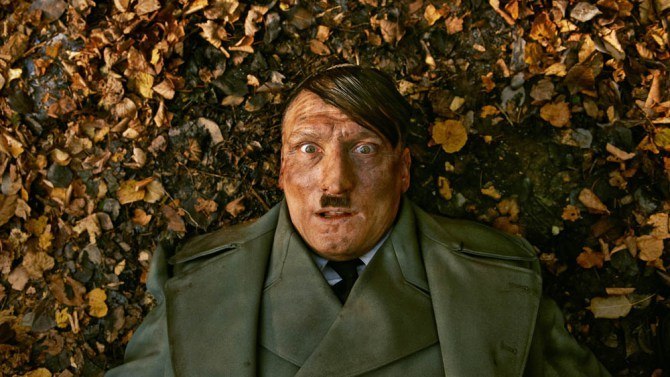 Who says Germans don’t have a sense of humor?

“Germans should be able to laugh at Hitler, rather than viewing him as a monster, because that relieves him of responsibility for his deeds and diverts attention from his guilt for the Holocaust,” director David Wnendt told The Guardian. “But it should be the type of laugh that catches in your throat and you’re almost ashamed when you realise what you’re doing.”

Hitler is played in the film Look Who’s Back by German actor Oliver Masucci.

The satirical film is played out half-scripted and half-reactionary akin to a Sacha Baron Cohen film. The movie finds the Nazi leader coming back to contemporary Germany in a fish out of water tale. The movie is based on the bestselling novel that sold 14 million copies by Timur Vermes. The movie follows the plot of the novel as Hitler manages to get his own TV show after awakening from 1945 with no memory of events occurring afterward. People are led to believe that Hitler is just an actor pushing boundaries with satire. He achieves great success as a performer and nobody takes him seriously as he finds himself moving back into politics.

The book is available for purchase in America, no word on an American release for the film as of yet.

Here’s the trailer with English Subtitles.