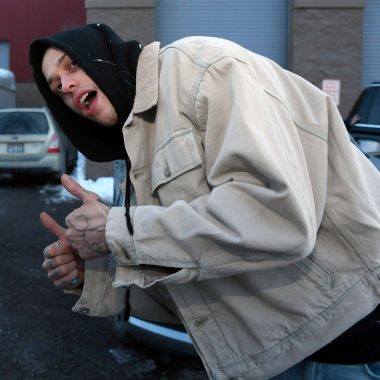 Recently Pete Davidson booted someone out of his comedy show who made a heckle about the late Mac Miller.

This was a comedy show in New Jersey, the stand-up comedian from Saturday Night Live (SNL) was setting up his joke with “My friend died in my apartment,” the heckler screamed out, “Mac Miller?”

We have embedded TMZ sound clip in this posting above.  Pete Davidson made sure that this heckler was removed from the show.  He asked where the “fuckface” is, so he can be removed. “I’ll leave,” he continues. “So if you want the show to continue, call out the person who did it, and get him the fuck out. Give him his money back and get him the fuck out. I don’t deal with that shit.”

A fellow audience person identified who the annoying heckler was, Pete Davidson, Says, “Cool, go get him. I’ll wait. I hope you’re proud of yourself, you fucking fucked up everything… Make sure he gets his money back, too, ’cause I really don’t want his money.”

Davidson had gotten engaged to Ariana Grande after she and Miller broke up. Miller passed away in September last year after a drug overdose and Davidson and Grande’s relationship ended in October. The SNL star took a break from comedy in late 2018 before returning in January this year.