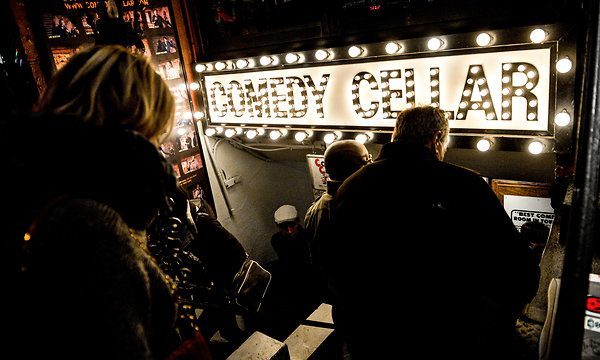 That moment where Jon Stewart got his stand-up on… 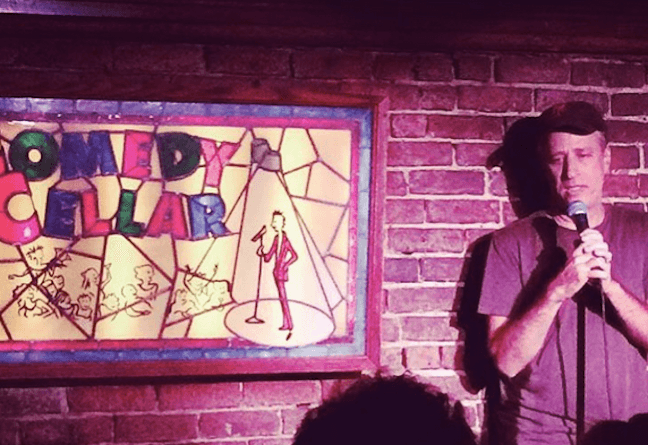 Fans of Comedy Central’s The Daily Show with Jon Stewart had to say goodbye to their favorite comedic news host on August 6 of this year. Citing that it was time for him to move onto the next phase in his life, Jon handed the reigns over to an incredibly talented Trevor Noah.

In the midst of his announcement and final few shows, Jon made a trip to The Comedy Cellar with his producer and a few close friends. As Jon watched his friend and comedic legend, Louis C.K., perform an unplanned set, he decided that he couldn’t just sit in the audience. He craved more. So, he promptly stood up at the end of Louis’ set and hopped on The Comedy Cellar’s stage.
What made this moment even more special was the fact that this was the first time in more than a decade that the comedy legend had performed a standup act. In fact, Jon shouted that it had been 20 years since his last performance. However, some dispute that timing as having been closer to 10 years ago. Either way, it was an incredible, unscheduled treat for those attending The Comedy Cellar that evening.

The Comedy Cellar is more than a comedy club. It’s the destination for comedy’s greats during their time in the Big Apple. According to comedy insiders, The Comedy Cellar is almost always packed on Christmas Eve. Big names in the entertainment industry, like Chris Rock and even John Mayer, come down to the stage and give their best shot at lighting up the room. This is especially true during times where the city might seem to empty out.

After all, what’s the best way to spend some time in the city on a quiet winter evening? If you’re a comedic legend, chances are The Comedy Cellar is on your short list of destinations.

Born in the age of Matlock, the brainchild of a television genius.

The Comedy Cellar owes its birth to one of the best writers and producers in Hollywood. Bill Grundfest has a Golden Globe Award and multiple emmy nominations to his credit. Whether it’s producing award shows, or writing scripts for TV series, Bill has earned his reputation as a creative genius in entertainment circles.

He gives back to those struggling to follow in his footsteps by hosting writing clinics and speaking at a variety of corporate events. Opening a comedy club is a natural extension for someone that loves to connect with audiences from around the world. After all, New York City is a magnet for the world’s best and brightest. Why not make busy city dwellers and visitors laugh in person? 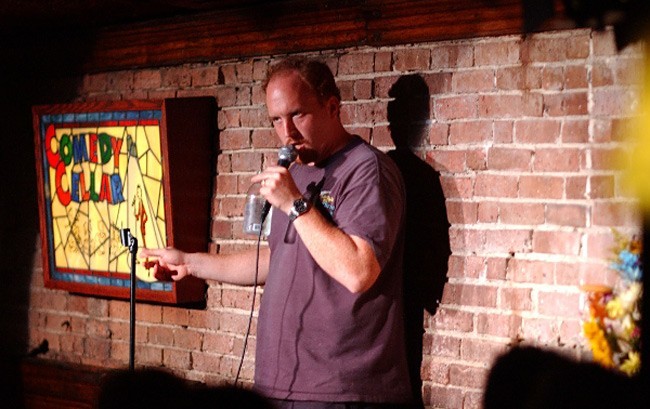 The Comedy Cellar was highlighted in Louis C.K.’s tv show, Louie. Louis openly credits the comedy club as one of, if not his absolute favorite comedy club to perform. It’s not just Louis C.K. that sings its praises. The Comedy Cellar is at the tip of the tongue for comedians big and small. It’s the top club for a reason: great location in Greenwich Village, a supportive and friendly management team, and a proven track-record as a launching pad for some of comedy’s best.

Robin Williams was a regular performer, along with Sarah Silverman and Jon Stewart. Getting their start on the comedy scene in New York was a massive grind for the comedians we look at today on the big screen. But clubs that manage to bring in the best new talent, along with the big names in today’s television and blockbuster hits, give comedians of all backgrounds the opportunity to shoot for the stars.
For New Yorkers, The Comedy Cellar is a place for fans to support the best and the brightest. Whether it’s a matter of trying out new content, or learning how to best perform to the audience, The Comedy Cellar is an almost mandatory part of making it big in comedy. 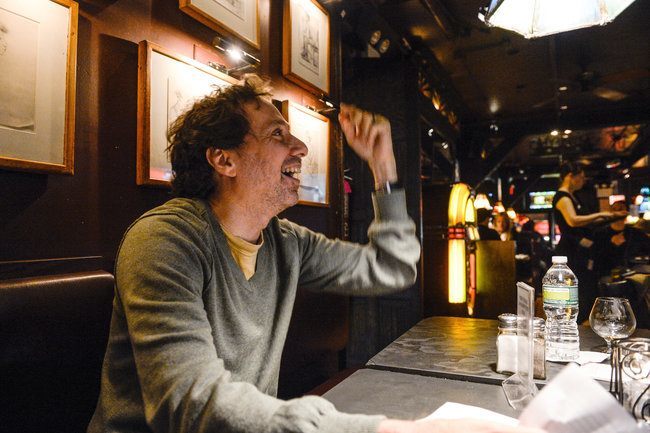 With more than 23 years of solid performances and incredible support for the world of comedy, it’s no wonder that the future has never looked brighter for The Comedy Cellar in New York City.