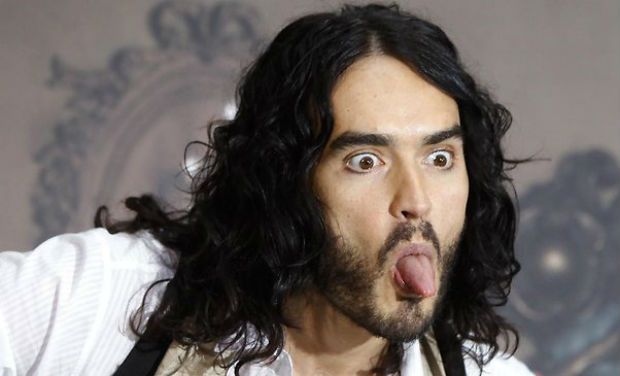 What happens if you’re unhappy with someone’s views or comments? Why of course, you tell them that if they’re so unhappy here, why don’t they move somewhere else! Sometimes though, people take things even further. If you’re really pissed, why not start a Kickstarter or GoFundMe to help make the move a financial option for your least favorite person in the world?

Russell Brand is no stranger to controversy. Over the past few years he’s managed to ruffle more than a few feathers with his viral sensation: Trews on YouTube. With his videos, Russell claims to be the sole voice of reason in an increasingly biased world. Is he really a news reporter? Well, no. But, he has a following (1.2 million subscribers) and he certainly has become quite talented at throwing stones at glass buildings on camera.

So what did he do this time you ask? Well, with the recent terrorist attacks and the death of more than 30 British citizens on a beach in Tunisia, the U.K. decided to hold a special moment of silence in honor of the victims of the latest ISIS terror plot.

Brand decided this was inappropriate and hypocritical, so he made a YouTube video for his channel. The video has received more than half a million views, with 1,899 thumbs-down ratings. In the video he claims the moment of silence is bullshit, especially considering that the UK sells arms and weapon systems to countries around the world without thought to how those weapons will be used in the future.

Can’t comedians just be funny and stick to making us think on a satirical level? Ugh, I guess that’s really not an option after a washed up comedian is invested in the series with more than 300 episodes. But, one can still hold out hope (cuing up Lewis Black and George Carlin).

In response to Brand’s inflammatory video, his biggest haters have started a GoFundMe campaign to pay for a one-way ticket to Syria for everyone’s favorite comedian turned activist. The campaign on GoFundMe was taken down from the popular crowdsourcing site, but there are still petitions on other sites that are collecting a number of signatures.

The best part is Russell Brand’s response to the motivated efforts by citizens of the internet to register their displeasure. He taunted his haters by saying that he would agree to move to Syria as long as he could fly first class. Turns out some were willing to put their money where their keyboards were, although apparently efforts stopped once the GoFundMe page was taken down.

Still though, hats off to those motivated enough to actually do something. And, in the end, you gotta respect a comedian that’s willing to turn into a reporter and then run right back to satire when faced with an angry internet mob.