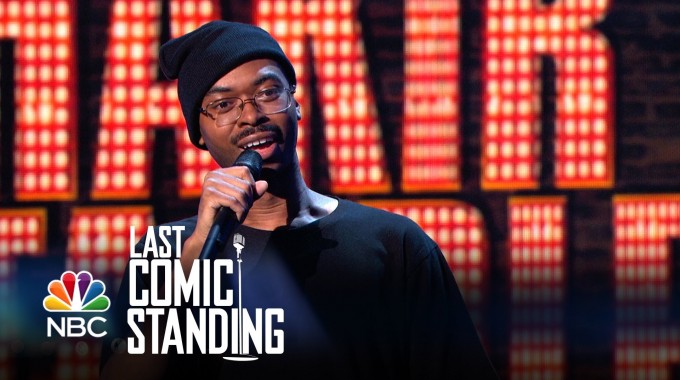 Part of being a comic is knowing the right time and place for sharing your talents with the people around you. As Shakir Standley (from Last Comic Standing) found out, a packed train car with a captive audience may not be the best place to launch into a set.

As a current finalist on NBC’s hit show, Last Comic Standing, Shakir shared his hilarious experience with the audience. It worked, as he’s survived yet another round.

As the story goes, Shakir stood up to perform a set (at his former friend’s request) only to be booed by a Ukranian passenger. What started out as “No!!! No!!!” eventually morphed into “F*&?! You!!! F*&?! You!!!”. Luckily for Shakir, as he refused to quit his set, a female passenger sitting in front got up and told the Ukranian to sit down, then calmly turned back to Shakir and ecouraged him to continue with his set.

Shakir Standley, if the story is true, gets credit for having the guts to continue his set in the face of such opposition. Although, in hindsight, I think he would agree that it’s better to perform comedy for an audience that isn’t stuck in an aluminum can, shooting along two rods of steel.

While we’re on the subject of Last Comic Standing, (yes, we’re talking about the show where Amy Schumer came in fourth place), another phenomenal stand-up comedian from last season is Mike Vecchione. Check out his routine below!