Stand-up Comedy and Mental Illness: A Conversation with Byron Bertram 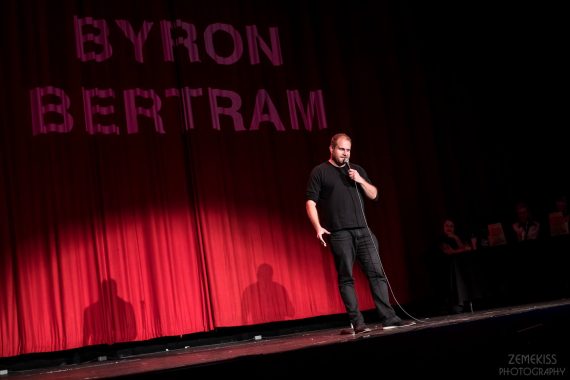 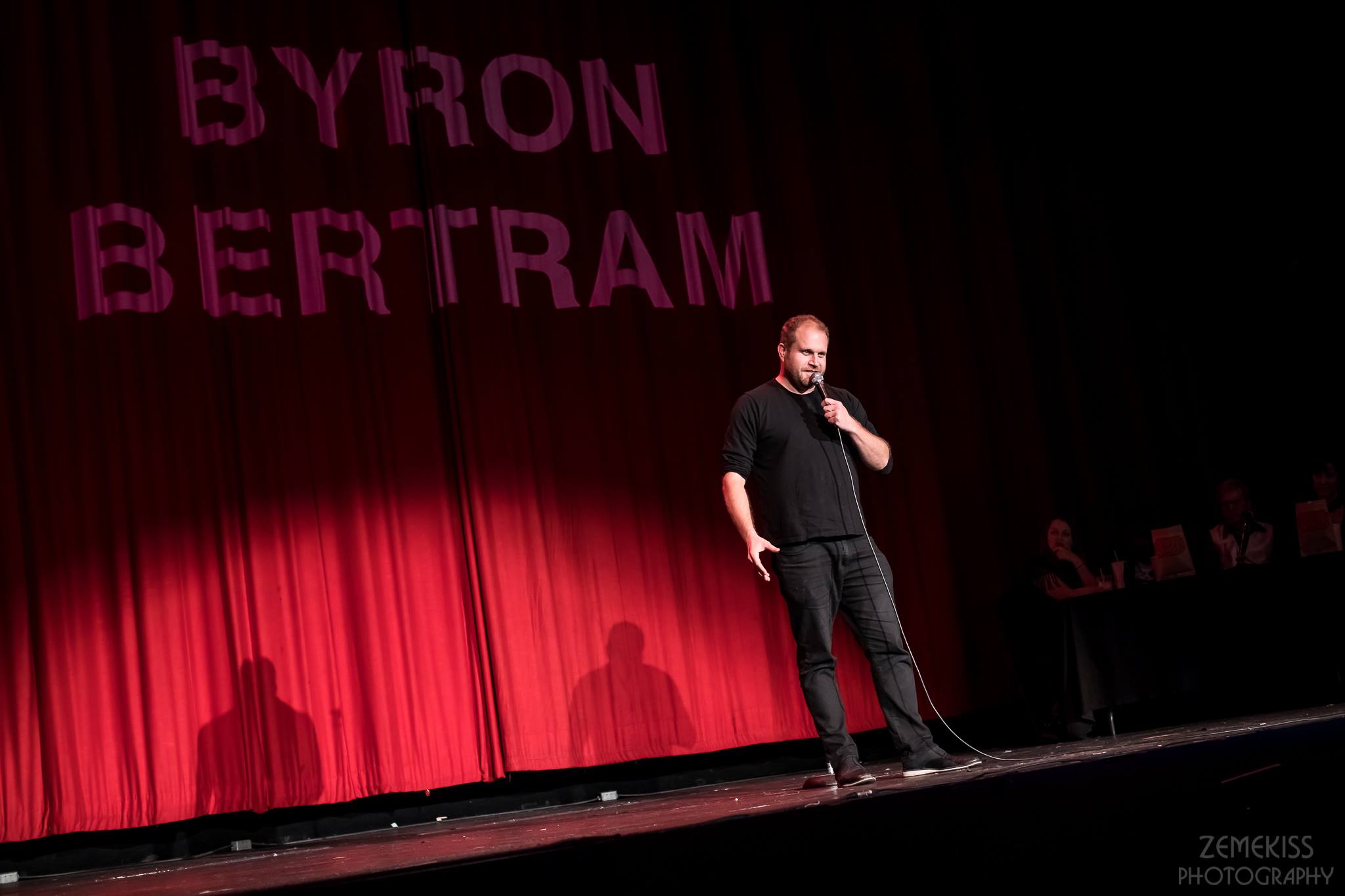 My battle with Obsessive Compulsive Disorder started out like so many others. I hope my stories I write gives others hope as you can live a completely happy and fulfilling life even with OCD.

I have never had a quiet mind.

Instead of being mindful of the present, I anxiously roll through a litany of terrible future possibilities, even though none of them are terribly likely.

In particular, I have difficulty with intrusive thoughts. For me, this means that my brain likes to play a little game of “what would be the most inappropriate thing to do right now?”

I try to let my obsessive thoughts pass by and notice what I’m thinking without lingering on the negative. I’m not always successful, but it’s a start.

I’ve got some great coping strategies, support, daily meditation practice, and yoga—each as integral as the other to my ability to lead a happy, healthy life. I’ve been practicing daily yoga for the past 3 years and it’s helped me become a lot more mindful and focus on the present moment.

I sat down with born and raised Vancouver comedian Byron Bertram to discuss life with OCD, calming methods, and of course being a stand-up comedian.

Why do you think a lot of comedians have OCD?

I think a lot of comics have OCD as well as other mental health issues because comedy attracts a lot of these kinds of people. It can be very therapeutic (be it momentarily) to stand on a soapbox and seek validation from a group of strangers by making light of things (many of which are dark) that are on your mind and when you get a positive response from it, it’s the best feeling in the world. A lot of so-called mentally grounded people don’t need validation or to be the center of attention as they’re already content enough in themselves and don’t have the urge to seek love and acceptance from people they don’t know.

Do you have rituals that you do to calm yourself?

Rituals I do to calm myself down are to talk about what’s bugging me with people I’m close to. Listen to music I like, exercise is key.  Also, I tell myself repeatedly that these feelings won’t last.

My favorite places to perform are places with low ceilings, no windows and are filled slightly over capacity. Basically the more of a fire hazard the venue is, usually the better a show it is

Who are some comedians that inspire you?

Do Byron Bertram ever get tired of being a comedian?

There are moments when I get tired of being a comedian. Performing on a pool table in front of 10 bikers while the TVs are still on makes me question what the hell im doing with my life, but all it takes is one good set to make you realize how amazing stand up is and that feeling never gets old.

Advice to your younger self just starting in comedy career?

The advice I’d give to my younger self would be to not focus so much energy on what other comics think about you. There’s, unfortunately, a lot of toxic people in stand up comedy that feel your success is their failure. It’s hard to not let the naysayers energy get to you, but you gotta grow a thick skin quick and focus on your own game, not other peoples.

What most important lesson Byron Bertram learned in comedy?

The most important thing I learned is to work harder. Adapt, keep writing, try new things, take risks, don’t get complacent, because before you know it you’re that crusty old guy doing references that are older than the audience. Don’t be that guy, it’s scary!

What happens if they don’t laugh

If they don’t laugh it’s never easy and never feels good, but everyone goes through it. You just gotta move on, not dwell on it and learn what you can do to fix the problem for the next show, be it rewriting the jokes, not doing the jokes, or just realizing the crowd was unsalvageable regardless of what you did and don’t take it personally.

How long do you spend developing new material?

I ( Byron Bertram )try and write a few hours a week at the very least but I fluctuate.  The answer is I don’t write enough or prepare enough, and you can never write or prepare enough. I get easily distracted with nonsense and have a hard time focusing a lot of the time. It’s always been my battle. Usually, I think of a funny concept, write the idea down on my phone and then try and flush out the joke/concept more on my laptop at a cafe and then give it a go on stage.  I have a hard time writing at home. If I can’t think of anything funny I try and go over tweaking old jokes. There’s always something you can work on.

You do a lot of funny voices, where did this come from?

My father is a musician and I think I inherited a natural ear for sounds. Maybe it came from when he blew his saxophone on my pregnant mother’s stomach to see if I’d wiggle. I found at an early age I’d do impressions of teachers in class and the classmates would go crazy. I knew I had a  natural ability to mimic and do voices and never looked back.

Why do Byron Bertram love doing stand up comedy?

I love stand up comedy because it’s such a pure raw art form. Just you and a mic and the audience, and when you make a crowd laugh it’s the best high in the world. I’m also a very selfish only child and need constant attention or else I feel I have no purpose in life.

What are your favorite comedy clubs that you perform at?

You travel around the world to do stand up comedy, do you have some favorite cities to perform in?

Favorite city I performed in I’d have to say is London. Other cities at the top of my head that stand out are Melbourne, Adelaide, Berlin, Edinburgh, Vancouver (hometown) Chicago and San Francisco

I hope you like the article, if you do please like the post and if you share it if that interest you. If you are looking to see some great comedy show don’t forget to download our app below and use Blog25 for 25% off all comedy shows.