Sue Costello’s “I Wasn’t Trying to be Funny” 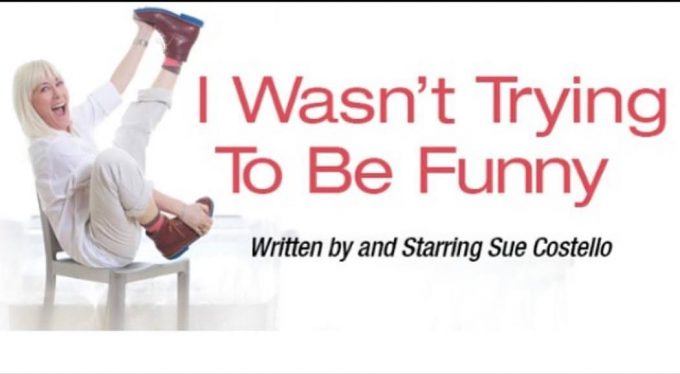 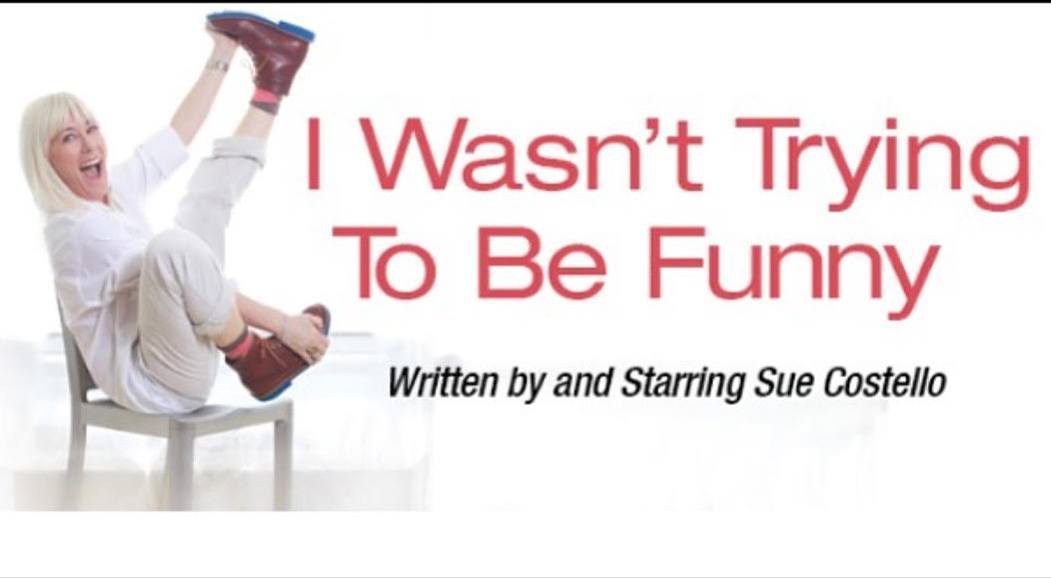 Sue Costello is an actress, comedian, writer and producer. She has starred in such television programs as the self-titled Costello, NYPD Blue, Tough Crowd with Colin Quinn and Comedy Central’s Premium Blend.

She has appeared on NBC’s Last Comic Standing and made it to the finals of in 2004.

She can be heard on episode 172 of Marc Maron’s WTF podcast.

Sue is one of the hardest working individuals in all of show business. She was Becky in The Fighter, Sgt. Kneeley in Once in a Lifetime.

I had the honor of sitting down with Sue and discussing how everything in her life has led to the creation of her newest project, her proudest work yet, the one woman show, “I Wasn’t Trying to be Funny.”

So I’m always curious , where did you get the idea for the show?

Well a while back I had a pilot that got picked up by Fox called Costello. It was a self titled sitcom that I was very excited about. The problem was it aired during Mcguire and Sosa’s home run race, and no one was watching anything else. One of the episodes actually aired when Mcguire hit his 62nd homerun, so it got canceled.

And that led to you wanting to work on your own project?

I was getting a ton of other parts at the time. Tv Roles, movie roles you name it. At one point I went in to audition for Pushing Tin and they loved me! Believe it or not (laughs). This is a movie starring Angelina Jolie and Cate Blanchett and then there’s me going into the audition wearing a t-shirt that says cranky. The problem was I was filming Costello at the time, and I was under contract saying I can’t do two projects at once. But then I get a call from my manager telling me Mike Newell the director was willing to film around my schedule so that I could be in the movie. Film around my schedule! I couldn’t believe it! All that had to happen was my executive producer for Costello had to call Mike and tell him the schedule, and he never did. I felt bad because I didn’t know what to do. I didn’t want to go up to him and say hey you have to call Mike Newell, this was a huge project for me. A sitcom with my name in it! So that ended up being one my biggest regrets in life and I thought, I’m going to make something that is on my terms. I will write it, direct it, produce it, it’s all me. Something that I am proud of, something I will fight for.

And, “I Wasn’t Trying to be Funny” was born?

Not exactly, it took 17 years to finish.

Wow, that’s a lot of blood sweat and tears!

I couldn’t find the right ending until recently. Nothing really fit.

I know you have been doing Stand Up for many years, was doing a one person show much different?

Well initially it was me telling a story to the audience similar to a story you would tell in a bit. It evolved to me never breaking the fourth wall. I don’t speak to the audience at all in it. So yea, it is different in that you cant use crowd work as a crutch.

Do you tell jokes within the show? Or is it more autobiographical?

The show is about my life, so you see me go through the stages of when I first started Stand-up and how nervous I was to when I start to get more polished. But you see the life events that lead to the jokes I tell. So they resonate more. It creates laughter out of pain, which is the best kind of comedy. All the jokes are pulled out of the sadness in my life, so you literally see what I am talking about. It actually makes doing stand up much easier now because of the strength and discipline to do the play.

I know you were a finalist on Last Comic Standing, why didn’t you keep pushing for a Stand Up Career?

You know, if I had made it big in Stand Up, I probably wouldn’t have done the show. I love doing Stand Up. I love dramatic acting as well. Equally I would say. But Stand-Up never took off the way I wanted it to. Even though now I’m headlining in Vegas. And I did it all by myself, without an agent or anything!

I love the name, where did you come up with it?

I was in yoga with Heather Graham and she came up to me and said, Sue, you don’t even try to be funny and you’re fucking hilarious. People laugh at me when I really am not trying to be funny. You know how annoying it is when people laugh at you while you’re crying (laughs). It’s a show about life and doing standup and how to develop your act and I’m so proud of it. It’s different than anything anyone has done and I love it.

Were you happy while you were making it?

Of course! If you don’t enjoy the process you kind of lose who you are as an artist. That’s why you get into it, because you love doing it. Now stop asking me questions and go see the show!

I Wasn’t Trying to be Funny will be appearing at Broadway Comedy Club on November 8th and December 13th. You can buy tickets right here!