Midwestern Comedy with John Eide, “It’s a Great Place To Get Better” 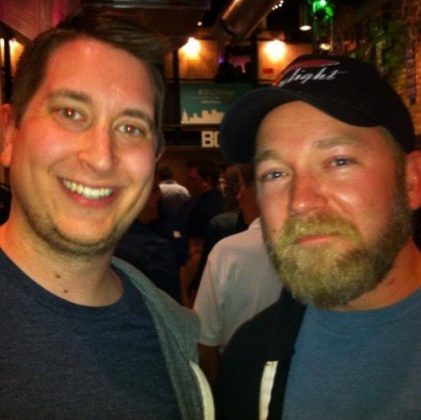 If you’ve ever lived in or been to the Midwest, you’ve heard of the concept of the “Midwestern work ethic,” that hard work and perseverance will pay off in the long run.

There is a quiet humility that underscores the creativity that is breeding within Midwestern comedy.

On a Monday night in Chicago on Irving Park road, one of the seemingly thousands of open mics in the city, a small theater is filled with a laundry list of comedians outnumbering a Duggar family reunion. With notebooks and backpacks, its looks more like students attending seminar than comics ready to try out new material. The Hornet’s Nest Open Mic, a newer mic running late in Irving park mic is hosted by Josh Ejnes and John Eide. A few doors down a showcase is done and another open mic is starting at the High Hat, one of the comedians Sean White has finished his showcase performance and he is already heading over to do another mic at the Hornet’s Nest. read more