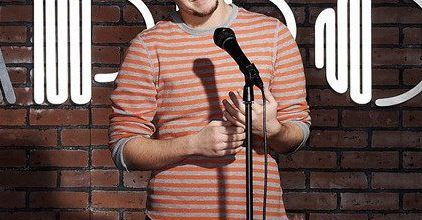 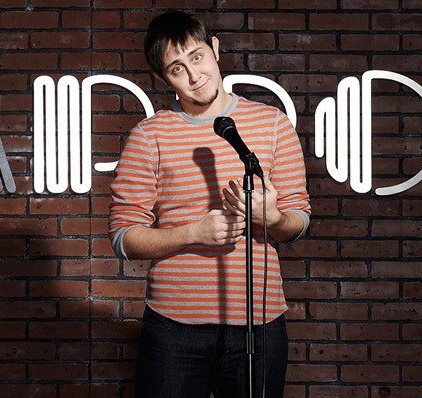 I was extremely excited to interview the highly regarded comic Jeffery Jay. Jeffery is based in L.A., although originally from Texas. Jeff is also a trans male, which means Jeffery was born a woman but identifies as a man. Jeffery is constantly on the road performing at colleges. He is also currently on the podcast “Good News and Bad News” available on iTunes.

Laura: How long have you been doing stand up comedy?
Jeffery: I want to say six years.

L: How did you get started in stand up?
J: I was eighteen when I started, and still a girl. I was not good. I was pretty, my family had money, I had no problems. I was twenty-one when I transitioned, and I thought comedy was over. I thought I was too weird, but a year after I transitioned it was still something I wanted to do. Plus, I had a story that was unique. I then picked a date for my first open mic. I promised myself I would do it. On the day of the show I didn’t let myself off the hook. I told trans jokes and they went over extremely well. I then decided to take a stand up class. The teacher said I couldn’t do trans jokes because I hadn’t earned them yet. What happened next was miraculous. Another comic named Tone Bell dropped by the class and heard what the teacher said. Tone Bell said, “You’re wrong. I saw him at this open mic. He has to do trans jokes.” Thank God he said that, because if he hadn’t, I don’t know if I could’ve continued. At that time, being trans was still so sensitive and raw for me. That gave me the momentum to continue down this path. read more