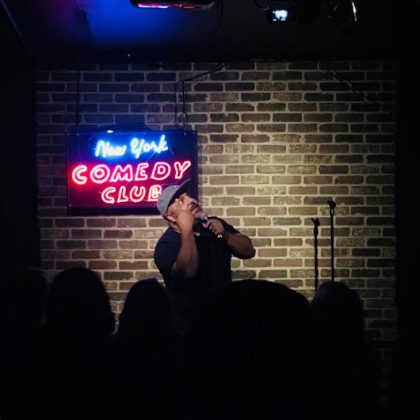 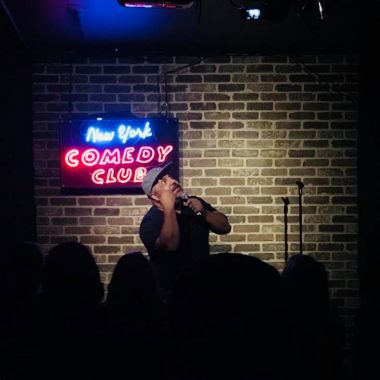 We met up with the hilarious Cuban born Stand Up Comedian Laz Rivero at the New York Comedy Club in Gramercy. The energy in this NYC comedy club was buzzing. It was a sold out show and lots of great comedians performed that night

We decided to have a conversation with Laz right after his show to discuss some things about comedy and all things in between.

1. What other jobs did you do before starting stand up comedy?
Real estate sales in Brooklyn. I also spent 14 years in hospitality. You can read about some of my experiences in the book “Heads In Beds” by good friend Jake Tomsky. I’m Dante in the book. read more