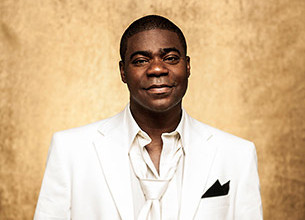 Tracy Morgan just his return to stand up comedy with four month tour around America. The “Picking Up The Piece comedy tour will start February 2016 and there will be more dates coming as details unfold.

Morgan  made his return to the comedy stages performing at local comedy clubs in NYC. He seen making surprise sets The Comedy Cellar and The Stand NYC. He recently went back to his old stomping grounds and hosted Saturday Night Live.

The “Tracy Morgan: Picking Up the Pieces” tour is set to begin Feb. 5 at the Horseshoe Casino in Hammond, Indiana, it was announced earlier today.

Morgan was in a coma for more then two weeks following a June 2014 auto accident, when a 18–wheeler Walmart truck slammed into the comedians limousine carrying fellow comedians Ardie Fuqua, Harris Stanton. “Jimmy Mack” was killed in the car crash. read more