The 7 Best Places To See Stand Up Comedy in NYC 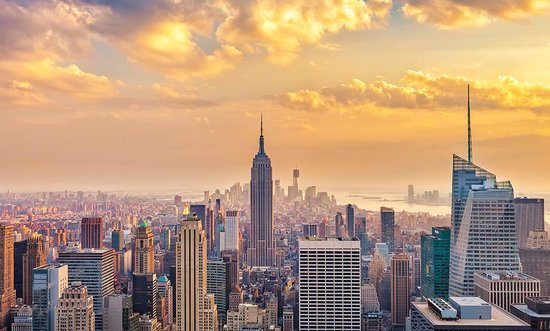 New York City is the greatest city in the world for stand up comedy, When it comes to stand up comedy clubs in NYC it’s the best of the best and nothing compares. The biggest comedians make New York  home from anyone to Chris Rock to Louis CK to Jerry Seinfeld. They make unannounced guest spots daily, here is our list of favorite comedy clubs. 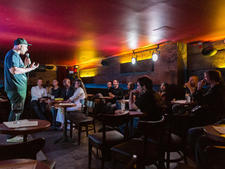 When people think of the best comedy shows in NYC, they think of The  Stand NYC. Located in the Gramercy area of NYC and voted “Best Comedy  Club in NYC” by the New York Magazine and “Best New Venue” by Time Out  New York, The Stand NYC has some of the highest quality comedy in all of  New York. This newish comedy club has already reached legendary status here in  NYC. The Stand NYC comedy club often features some of the biggest names in  comedy including Louis CK, Dane Cook, Artie Lange, Bill Burr, Colin Quinn,  Gilbert Gottfried, Janeane Garofalo, Nick DiPaolo and many more! Get tickets https://bestcomedytickets.com/venue-profile/the-stand-nyc/ 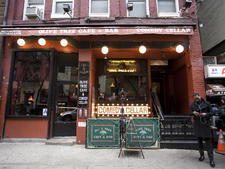 When having conversations with stand up comedians about best comedy clubs in New York City. It’s pretty obvious that most will say the Mecca is The Comedy Cellar. It’s located on MacDougal Street and West 3rd Street.  It’s now known all over the world from the introdctions to Louis CK hit show  “Louie”.

The Comedy Cellar  was opened in 1982 by standup comedian Bill Grundfest.  Since then the club has been the go to spot to see stand up comedy. It’s very known nightly you can see major stars such as  Louis C.K., Attell, Jon Stewart, Sarah Silverman, Marc Maron, Colin Quinn, and Big Jay Oakerson, Chris Rock among others. 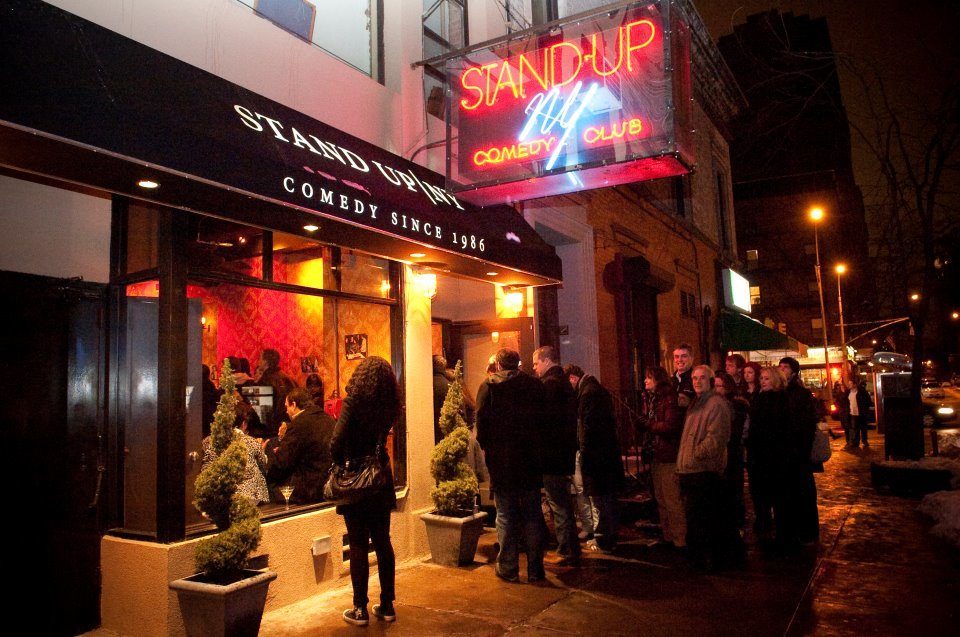 Stand Up NY was founded in 1986 by Cary Hoffman. It’s been recently exchanged new owner several years back and is one of the great comedy clubs in the city. It’s the only comedy club located on the Upper West Side in Manhattan. They get some of the best comics nightly and you can see comedians from Chris Rock,  Dave Attell, Amy Schumer and many other grace the stage nightly.  This is the comedy spot to see some of the brightest comedians of today and tomorrow. Get tickets https://bestcomedytickets.com/venue-profile/stand-up-ny/ 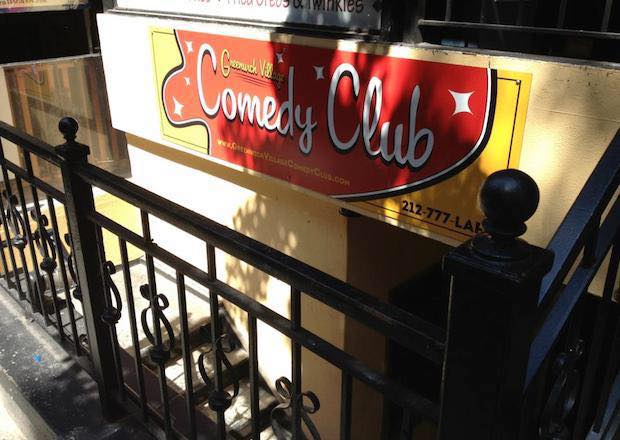 Greenwich Village Comedy Club has been around only three years. It opened it’s doors back in 2012. They are located at 99 Macdougal Street right in the heart of Greenwich Village. They have some of the best shows in the city and it’s right next door to the comedy cellar.  The venue is owned by comedy club businessman and former stand up comedian Al Martin. He is the brains of the operation and is the current owner of Broadway Comedy Club and recently sold New York Comedy club. A variety of comedy shows every night. Get tickets https://bestcomedytickets.com/venue-profile/greenwich-village-comedy-club/ 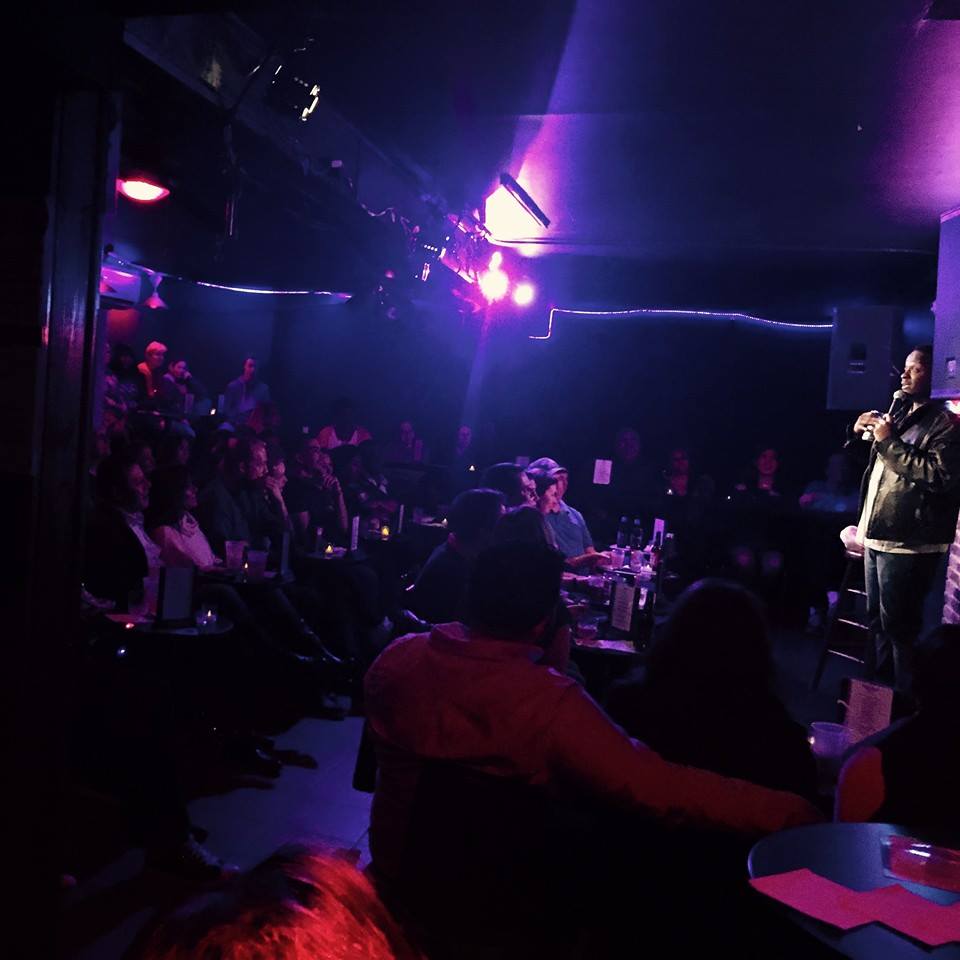 The New York Comedy Club was established back in 1989, the famous comedy club help started the careers for some of the biggest comedians in the world such as Kevin Hart, Wanda Sykes, Chris Rock, Louis CK, and featuring some of the hottest young comics in the country such as Michael Che, Pete Davidson, Mark Normand and more. It was recently purchased by Emilio Savone and Scott Linder and is now one of the hottest spots to see a comedy show in NYC. 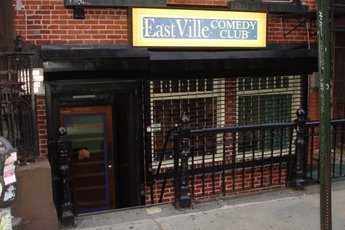 150 seat retro comedy club venue located in the heart of Manhattan’s East Village. The club was founded by native New Yorkers. Eastville has a reputation for booking premier talent and comedians seen on TV and Film. They host special events,
such as: fundraisers, bachelor & bachelorette parties, comedy classes, TV & movie shoots, singles nights, birthday parties, prom shows and New Year’s Eve events. There is no age restriction for admission. Shows may contain adult content, but they are an all-ages under 21 comedy club and offer non-alcoholic beverages for underage customers, they do have a two drink minimum. 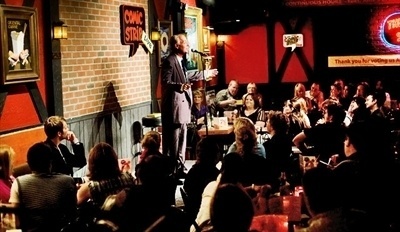 The Comic Strip Live is the oldest stand-up comedy showcase club in New York City and the world, located at 1568 Second Avenue,between 81st and 82nd Streets. Before emerging as venue spotlighting only stand up comedians, the club originally featured singers, magicians, and novelty acts. Chris Rock used to clean tables to get extra stage time and Colin Quinn was a bartender as well.