The Intelligent Simplicity of Anthony DeVito 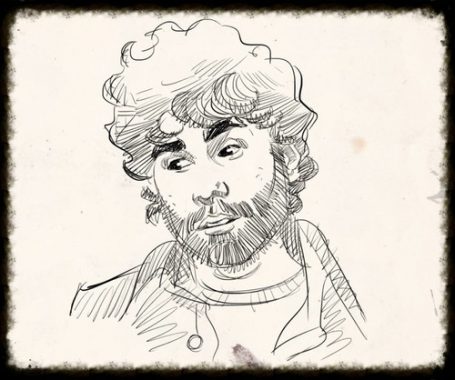 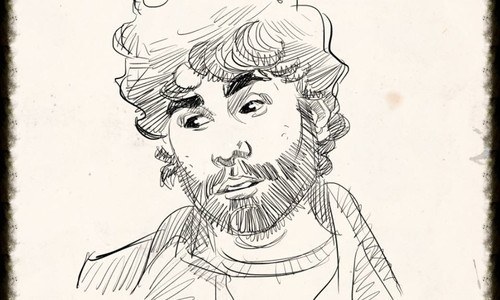 It was that classic DeVito twist you could find in all of his work, including his self-described laughably popular podcast, The Rad Dudecast. DeVito’s standup is riddled with the same simple silliness, described by Amy Hawthorne of the Comedy Groupie as an “’aw shucks, oh well’ spin on the ‘Am I the only person with any reason or common sense around here, because this is crazy, right?’”

Despite this façade of accessibility, DeVito’s material is intensely intelligent as it explores the unknown side of humanity. As we continue to think we are close to knowing everything, his work reminds us that we don’t. His set notices that we don’t know what problems people will have when they’re hundreds of years old, or that for every “love conquers all” rom-com, there’s the guy who was actually conquered by love. As DeVito put it, “there’s nothing better than finding that unknown aspect of a concept. When you look at something and you see the part no ones looking at and you find the funnier angle that no else sees, that’s a beautiful thing.” As his star continues to rise just seven years into his career, you’re impressed to see how relaxed his presence is on stage. From a man who treats comedy with respect and adoration, you should expect nothing less. 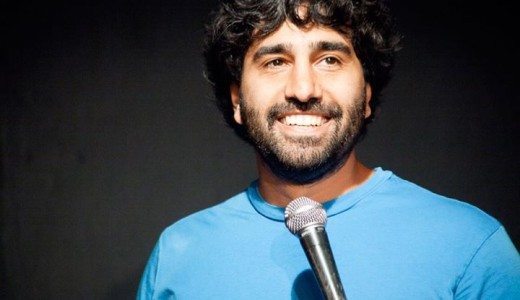 DeVito didn’t enter the scene right away, posing as an architect until the age of 27. “When I was 17 my aunt was dying, she asked what I would do to make the family proud, so I just said architecture. Well she just kept living and the family just sorta ran with that, I didn’t wanna disappoint them cuz they’re nice, so I just said alright I’ll just do that.” So do that he did, going to school in Miami and working for Habitat for Humanity until he moved to New York. Regardless of his declared profession, throughout his time at school the comedian in him always took precedence. DeVito describes his first project in college in which he created a building with a business where you rent old people for parties who would live in the apartment above. “It was this whole presentation,” DeVito explained, “They definitely tried to expel me, architects are notably averse to humor.”

When asked about those years before he started comedy, he speaks about them with no regret. He recognizes this as a period of calm before his true career began with comedy. “Some friends were going to Paris and I figured, when else am I gonna get this chance? Once I get into comedy, I’m in it. I’m gonna wanna really work at it, I’m gonna be obsessed with it, that’s gonna be it. I didn’t know if I would be in a position where I could separate myself from the work down the road, if I would have a family or a job. I kinda just knew that this would be the thing. God if I failed, I woulda been so upset.”

When the time finally came to get on stage, DeVito boasts one of the greatest first-time stories around. His friend and Rad Dudecast co-star Greg Stone was hosting a standup show at Montpelier State. A show, it just so happens, meant to raise money for Cancer research. “It was seriously everything rolled into one,” as he describes it. After a comic dropped out, DeVito got up on stage with half-written jokes and a fake stage name: Leslie Oliver. The idea behind this is that if he failed Leslie would never play in the town again. But Anthony would be just fine. DeVito was nervous, so nervous he asked Stone to stand on stage behind him to take some pressure off of him. What followed was a successful show filled with laughter, mostly due to the absolute chaos of the moment. “I’m doing my horseshit material, and they all get the sense that I sorta had these half written jokes. People were thinking, ‘this maniac is doing some next level shit, this Leslie Oliver guy is on another level.’ I think I actually placed higher than Greg in the competition.” After that moment DeVito knew that his suspicion was correct; he was meant to be a comic.

After the Montpelier show, DeVito and Stone got to work on their duo improv act. They were lucky to be offered a show at The Creek, which was still young and looking for new talent on the scene to build its name. Getting on stage wasn’t natural for DeVito, however. “Its awful, I can’t think of anything more terrifying,” he admits, “I was so shy, every time he would talk to me or do banter I would clam up. I figured for the show I had to do standup. I think I even brought back Leslie. It’s weird in the beginning, your writing jokes not for yourself. You’re not you, just trying to get laughs however you can. I would go on the road and work with a headliner, and those guys would say oh yeah they liked this so I started doing that kinda stuff, and I was like what? You could get up there and just decide what to say?”

After some time, DeVito got used to it. “It’s a built in comfort as you do it more and more, until eventually, getting on stage feels more like home than home. It comes in little bits and pieces, you sorta hold on to those until that becomes who you are.” As DeVito worked to discover that identity, he slowly built an image of his persona which helped him write material he was comfortable in performing. His hard work, a trait he learned from his brief career in architecture, abled him to build a set with the perfect mixture of heady material for the smart crowds and simple stuff for the late shows. When asked how much he’ll change his set for the crowd, DeVito expressed, “Its about slipping in and out of things when you make those snap judgments. When I do a late show, I’ll do more sex stuff. They’re not gonna pick up on the headier stuff. I’m not gonna give my baby to someone who is too drunk to hold my baby.”

He was insistent on reminding me that the journey all comics go through to “discover their voice” is not a magical voyage, it’s a process. As comedians work show after show they slowly evolve towards what the audience sees in them. “It’s hits you when you listen to tapes from 6 months ago and realize that you were trying to make things work all wrong. Whatever I’m doing now, they’re premises I couldn’t execute a year ago.” In his classic nice-guy attitude, DeVito sums it up perfectly: “Just do it as much as you can and be nice to people and everything will be fine.”

At this point for DeVito, everything is fine. He has built a small television presence with AXS TV’s Gotham Comedy Live, TV Land’s The Jim Gaffigan Show, and Fox News Channel’s Red Eye. He has appeared at such notable festivals as the 2014 Boston Comedy Festival, 2014 Laugh Your Asheville Off, 2014 Limestone Comedy Fest, 2013 Bridgetown Comedy Festival and 2013 SF Sketchfest. His success with the Rad Dudecast got him a chance to be featured on an episode of the country’s highest rated podcast, This American Life. “That’s been the most incredible thing that’s happened to me in standup. It’s just this story, but listening to it with my family I thought, ‘I’m gonna have this forever.’” He praised the quality of the show, impressed by how “everyone who works there has a say. They all have input and they all can write, so all these like-minded people getting together, from the secretary to the sound guy to the producer, all contributing to really interesting material.”

It’s not difficult to juxtapose this with the quality of Dudecast. “The Rad Dudecast we just do for us. If anyone listens, that’s crazy. We kinda just go, it’s pure madness.” That’s putting it lightly. Dudecast has produced entire episodes of the guys just reading the Forrest Gump script. It was hard for DeVito to even tell me about the show as he kept breaking into laughter at the complete absurdity that anyone would ever regard the show with any seriousness. The show, recorded in DeVito’s bedroom, would be hesitant to claim working sound on half the episodes. When asked about the viewership numbers, DeVito replied, “I don’t know, probably like 15. Mostly frat weirdos who followed from our appearance on Total Frat Move. That’s actually how the show started.” DeVito expressed his sympathy for any high-brow listeners coming to the show after listening to This American Life. “TAL has very intelligent book worm people. They’re gonna come to my show and hate me, it would be amazing if they enjoyed it but I fear I wouldn’t live up to their expectations. Between Greg’s progressive ideas about paraphernalia and our complete disregard of the art of improv, I’m sure I’ll see all the twitter followers from this week disappear. If you listen to the podcast you would think these guys are totally out to lunch, but then you see us live and realize we’re just normal comics, no catch.” 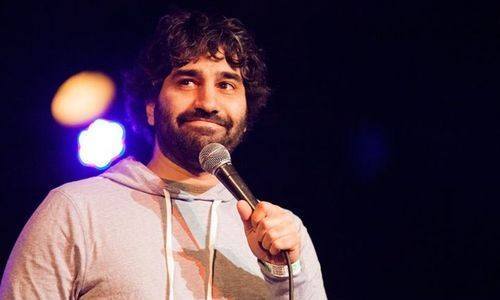 DeVito’s positive view of his work is refreshing in a genre filled with pain, where all too often you see comics treating an open mic like a therapy session. This Sunday DeVito will compete against nine other comics at Caroline’s to see who will be declared New York’s Funniest Comedian, but to him this is simply a formality. “Nothing is make or break, it’s little things along the way. I’m pretty sure I have another show that night right after. At first, I put so much pressure on the big gigs. My big goal in the beginning was just to do whiplash. I did whiplash a year and a half into standup and thought that was it; what do I do now? Oh that was just a show, that’s all that was. Montreal was the same thing, now you just go back to doing open mics.”

“There’s a part of me thinking when the government finds out about this they’ll shut me down, its insane. I’m making a living! I don’t put on jeans until 6pm. I’m surrounded by people doing the same thing. Its crazy. As long as I’m comfortable and I produce things I think are good, I don’t need a bunch of medals.” Comedy isn’t a stepping stone for DeVito, it’s the end game. It’s uplifting to see a comedian so enamored by the art itself and not so focused on the distractions. A comedian at heart, DeVito had no choice but to enter the game because nothing else affected him like comedy did. His whole persona comes from the reality that he’s just grateful to be doing well, and that he’s able to wake up at noon every day and just write jokes.

This absurdity is something which constantly amazes DeVito. He loves the idea of navigating a game which has no rules to it. “This is a circus, you’ll see that as you do it more and more. Everyone does it in different ways and you just kinda laugh at the madness of it all. Or else you’ll drive yourself crazy. The whole thing doesn’t make sense. You kinda have to understand that going in, you’re entering into a world where nothing happens for any rhyme or reason. So don’t try to put the pieces together, you’ll go crazy doing it. Just watch it, laugh at the absurdity and write some more jokes. Know it’ll never be your last. When you walk out of the door and see that guy with a weird hat you’ll think, ‘I guess I’m a comedian again.’ 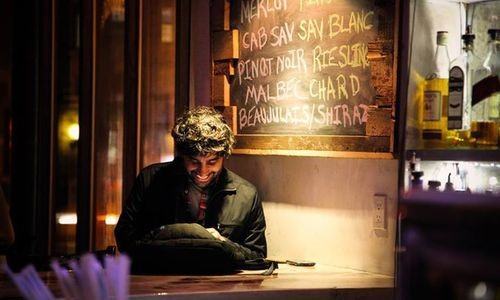 DeVito can be seen performing at clubs around the city