The Kabin Fever Comedy Show is one of the hottest, freshest standup comedy shows that New York City has to offer. Every month, producers Adam Foster, Ajai Raj, and Justin Watts bring a mix of hilarious up-and-comers and proven heavy hitters to the intimate back room of Kabin Bar and Lounge in Manhattan’s Lower East Side. This burgeoning comedy venue offers the feel of a comedy club, but with dive bar drink prices. Best of all, the show is completely free of charge, despite showcasing comics who routinely perform at The Stand NYC, The Comedy Cellar, the Laughing Devil Comedy Club, and other established comedy venues.

Taking place at 9 pm on the last Wednesday of each month, the Kabin Fever Comedy Show serves up a diverse and carefully curated mix of comedic talent from around the city, and even outside of it. Past performers include Jessica Kirson, a Comedy Cellar regular, and Lex Singer, who was recently featured in the Village Voice. Philadelphia up-and-comer Chris Stenta, recently featured at the Boston Comedy Festival, has also dropped in on a show.

Kabin Fever also features an opportunity for other comics or even first-timers to get onstage, with a raffle that anyone can enter to claim a 3-minute spot on the show. The intimate, convivial atmosphere of Kabin’s back room ensures a fun time even for the greenest of would-be standup comics.

Unlike many standup shows that can last for two to three hours, Kabin Fever clocks in at around an hour and a half- long enough to leave you satisfied, but not so long that you’ll worry about making it into work on time the next morning.

So mark your calendar, find the Kabin Fever Comedy Show on Facebook, and come grab a two-dollar beer or inexpensive cocktail, and enjoy some belly laughs from some of the best comedians working the New York scene today! 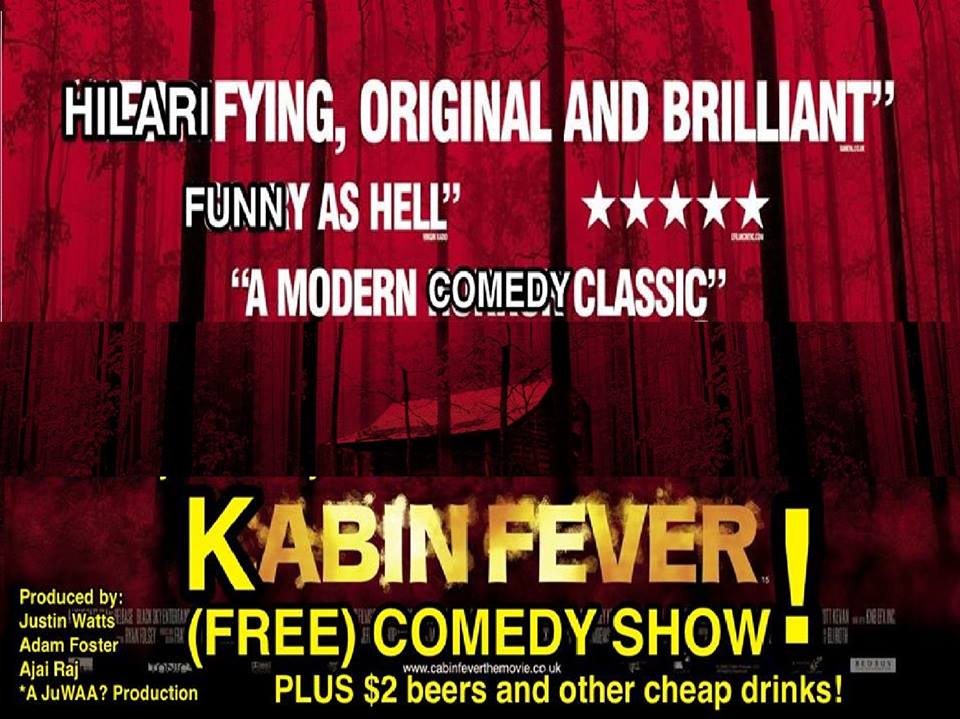