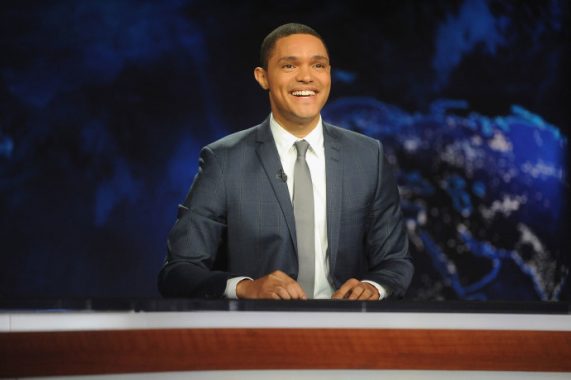 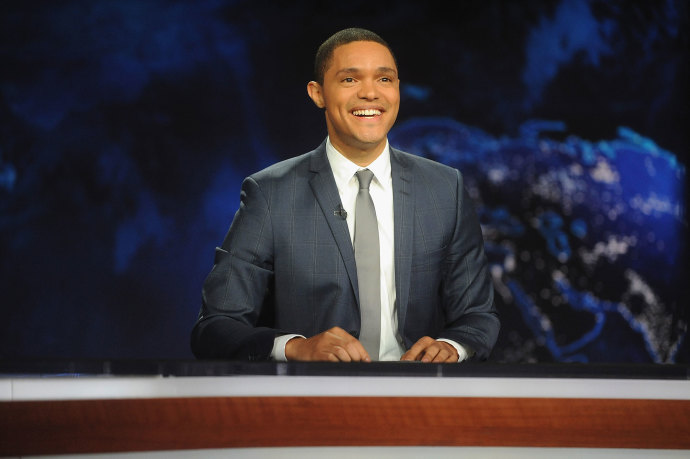 Trevor Noah, the new host of ‘The New Daily Show’ is loved by America; this was loudly and clearly shown through social media last night. The show was kicked off with lots of confidence, laughs, intelligence, and a smile that had the power to move a mountain. Noah promised to continue Jon Stewart’s bullshit war.

Using his own style and tone to showcase the segments and qualities of Stewart, Trevor Noah won the hearts of Americans with a performance that was almost flawless. He played to all groups by commenting on the Pope, immigration, comedy, the election, and touched on the smart crowd, non-sports fans, the millennial crowd, and fans of sports with many sly winks atop some self deprecating laughs for a good time.

Trevor Noah was busy travelling globally doing his comedy when Jon Stewart reached him to be The Daily Show’s correspondent. His busy schedule did not stop Stewart from pursuing him. Having proven his skills for selecting among the best comedy talents, Stewart leaves the show in the right hands that will see it live on years to come.

Although the social media and various media houses went a craze with Noah’s first show as the new host of the Daily Show, the Daily Beast was a bit critique. It referred to Noah as clumsy and crude, criticizing every aspect of the show, starting from the choice of topics and graphics to the suit won by the new host.

However, Americans showed their love for Noah on Twitter, praising his smile, comedy, point of view, and even dimples. It is good to know that the war on bullshit that was started by Jon Stewart is bound to live on. Congratulations Trevor Noah and the Daily Show.

Born on 20th February, 1984, Trevor Noah is a South African comedian, actor, and TV and radio host. He is the man who recently took over ‘The Daily Show’ as the host of the American TV program and news satire, which was formerly hosted by Jon Stewart.

Trevor was born in South Africa’s city of Johannesburg by his father Robert, a white Swiss guy with German blood, and his mother Patricia Nombuyiselo Noah, a native black South African from the Xhosa Bantu tribe with Jewish ancestry.

Noah began his career when he was just 18 in 2002 by acting in Isidingo, a South African soap opera.