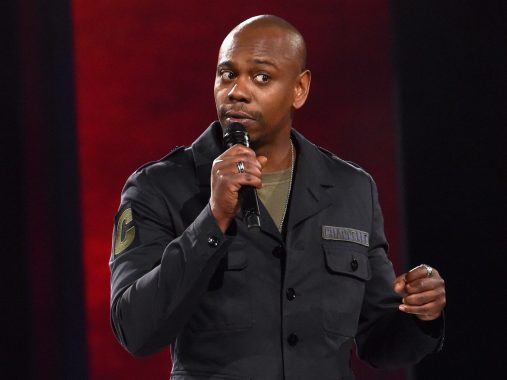 Here’s a ranking of 20 of the best comedy specials based on audience popularity on Rotten Tomatoes.

Here are the specials that topped our charts. 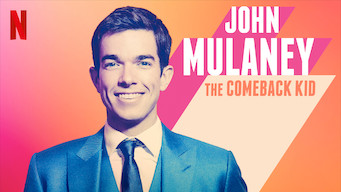 In this special, Mulaney reminisces about his life, what it felt like being newlywed, the time he worked as a temp. He talks about when he went house shopping with realtors, being an altar boy, and meeting Bill Clinton.

John Mulaney is a renowned stand-up comedian, actor, and producer best known for his work writing for Saturday Night Live. He has a couple of specials under his belt, and in 2018 won a Primetime Emmy Award. Mulaney created and starred in his own sitcom Mulaney, which had short showtime on FOX.  He made his film debut in 2018 voicing Peter Porker/Spiderman in the Spider-man: Into the Spider-Verse animated series.

David Sims of The Atlantic describes Mulaney’s special is a reminder of everything that Mulaney typifies; rich, detailed storytelling. All delivered with the confidence of someone many years older than 33. 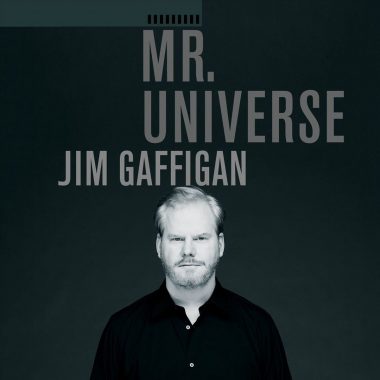 Gaffigan explores his life on “Mr. Universe.” He talks about his family, his wife, growing up as a catholic, fast food menace, and his pale complexion. He switches to a high-pitched voice in his performance, acting as the easily offended audience member.

Jim was raised in Chesterson, Indiana and his materials come as clean comic with little profanity included in his routines.

Along with “Mr. Universe, the man received accolades for his other specials, which include Obsessed, Cinco, and Quality Time, all of which were Grammy-nominated.

He co-created and starred on his show called the Jim Gaffigan Show and collaborates often with his wife and actress, Jeannie Gaffigan. 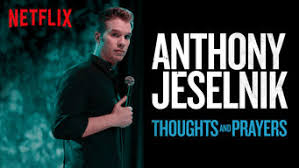 Critics also scored Jeselnik’s “Thoughts and Prayers” 100% as well. Rotten Tomatoes says the special spare’s no one- from women to children, nuns, sex offenders, starving puppies, and even Eric Clapton.

Anthony Jeselnik is famous for his dark style of comedy, which is based on ironic misdirection, an arrogant demeanor, biting insults, a stage persona that often takes amoral stances.

Jeselnik started out writing for Late Night with Jimmy Fallon. In 2010, he released his debut album, Shakespeare, to critical acclaim, then started to write for Comedy Central Roasts and performed in the roast of Donald Trump in 2011.

He premiered on Netflix with his special Thoughts and Prayers and has continued to grow stong. 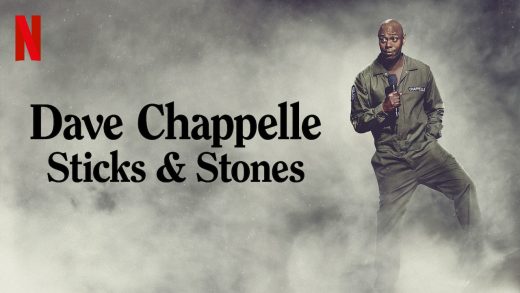 In 2016, Dave Chappelle was paid $60 million for five comedy specials, and one of them is “Sticks and Stones.”

Although it was highly popular among the audience with the Rotten Tomatoes audience rating it 99%. It, however, received mid to negative reviews from critics.

Critics have rated “Sticks and Stones” just 35% fresh. They expressed displeasure at jokes about R. Kelly’s abuse allegations and the LGBT community.

Dave Chappelle is one of comedy’s biggest acts these days. With two Emmy Awards and three Grammy’s, and a Mark Twain Prize, Dave has now joined a roll-call of comedy’s greatest.

He gained popularity on his sketch series Chappelle’s Show and has returned to stand-up since. He has also featured in many movies.

Hannah Giorgis of The Atlantic referred to Sticks and Stones as a temper tantrum, the product of a man who wants it all, money, fame, influence and having to answer to no one.” 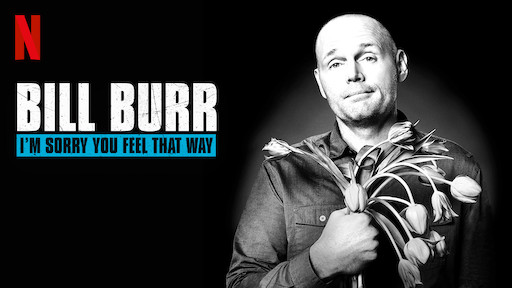 It was also rated 100% positive from critics. Time Out’s Ben Williams says this 47-year old is the master of angry rant. A slick special that combines a touch of class from Burr’s mad rage and uncensored, uninformed opinions, which makes a wonderful juxtaposition. 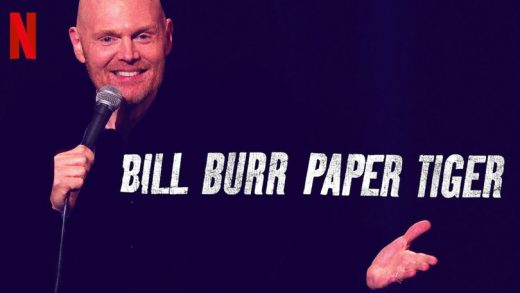 “Paper and Tiger” got an 86% rating from critics, while it received a 96% positive rating from audiences. The special is a take on Burr’s issues with the world, and what about life today that makes him angry.

According to Kathryn VanArendonk of New York Magazine/Vulture, besides the special’s opening minutes, Burr’s whole set takes its usual form: thought-provoking, introspective, and surprising. Of course, he keeps yelling.

Bill became renowned for his role as Patrick Kuby in the AMC crime drama series Breaking Bad. He also created and starred in F is for Family: a Netflix animated sitcom that has been showing since 2015.

He is a co-founder of the All Things Comedy network and portrayed Mayfeld on the Star Wars series The Mandalorian. 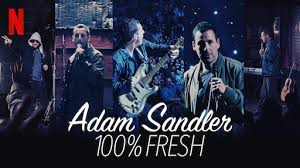 Adam Sandler’s “100% Fresh” is a return to his roots, with songs, jokes and stories weaved together into one.

New York Magazine/Vulture’s Erik Abriss says Sandler’s humor doesn’t need to be overintellectualized. He doesn’t want anyone to either. But in his idiot-savant indifference lies something blissful.

Adam Sandler is one of comedy’s most recognized faces.  He is well known for his numerous roles in Hollywood feature films. Some of his movies include comedic roles in Billy Madison in 1995, Big Daddy 199, The Longest Yard in 2005, Grown Ups in 2020, the voice of Dracula in the Hotel Transylvania Franchise, and many more. 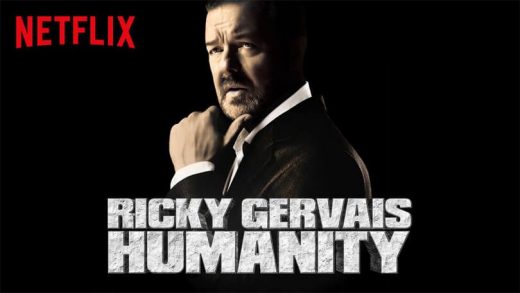 Renown British comedian, Ricky Gervais, in his typical fashion pokes fun at aging, Americans, Kids, and other aspects of life in this special.

Ricky gained recognition for his work as creator, writer, and actor in the British television series The Office. He has won numerous awards, which include seven BAFTA Awards, two Emmy Awards, five British Comedy Awards, three Golden Globe Awards and several others.

Ricky began his stand-up career in the 1990s, and has performed five multi-national stand-up comedy tours.

According to John Doyle of the Globe and Mail, Ricky’s gift for obscenity is authentic and sometimes breathtaking in his new special. Not only that, John calls him an equal-opportunity satirist who is able to make everyone uneasy and that can sometimes be the most necessary kind of comedy. 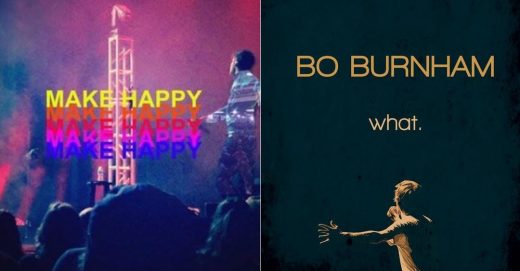 Burnham’s “Make Happy” has also received 100% critic reviews. This Netflix special focuses on his life experiences and is loaded with self-deprecating humor and his own original music.

John Hugar from AV Club calls Burnham a skilled comic whose combination of rapid-fire songwriting and substantive observations about modern life is captivating. 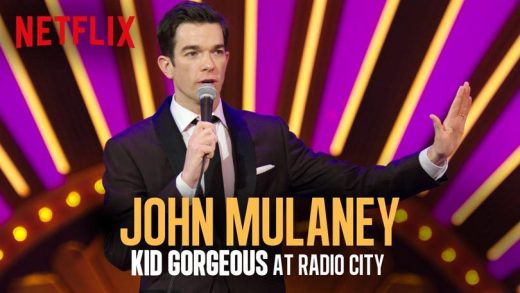 Mulaney’s special comprises of jokes about his childhood, experiences growing up, and the things he dislikes about the modern world.

Speaking about him, Eric Abriss of New York Magazine/Vulture says Mulaney is gifted in the ability to avoid being mechanical or stiff.

He adds an intoxicating layer of looseness to his set with his excellent showmanship and modulated mischievousness. Eric calls him “infuriatingly good.”

Hasan Minhaj of “The Daily Show” talks about his Muslim American experience on this special. He quips about racism, immigrant parents, prom night horrors, and more.

According to Alison De Souza of the Straits Times, Minhaj’s centerpiece is a truly astonishing and bittersweet story about his prom that on its own is worth the price of admission. 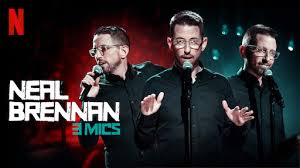 According to Ashley Hoofman from Time Magazine, Brenan offers a rollercoaster ride while trying not to be funny, but is actually hilarious, and while he isn’t trying to depress you, you just might be. 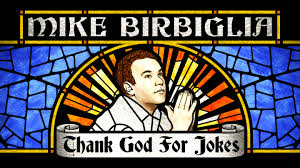 Both critics and audiences like Birbiglia’s special as he has received a 100% rating from critics and 78% from audiences.

His special “Thank God for Jokes” talks about everything from puppets to being late and the problems you’ll deal with by being funny on Netflix.

Brian Welk of TheWrap says Birbiglia is the best at constructing hilarious, personal, and soul-searching monologues of Catholic guilt and insecurity on Netflix. 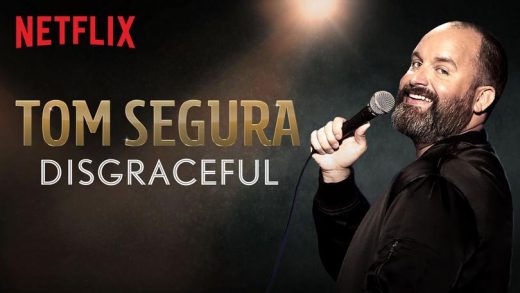 Tom Segura’s “ Disgraceful” has received a 100% positive rating from critics. Rotten Tomatoes describes Tom as a comedian who calls it as he sees it as he reflects on life’s true meaning on Netflix. The many ways fast-food chains shame us, and why having a baby is selfish. 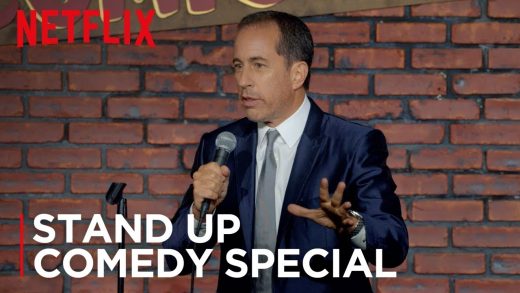 Comedy great Jerry Seinfeld marks his return to stand-up for his special “Jerry Before Seinfeld.” In this special, Jerry returns to his comedy roots with the type of jokes that made him popular many years ago.

Dave Bianculli of NPR calls it the best kind of minimalist comedy television. Just a mic, stage, and an audience on Netflix. 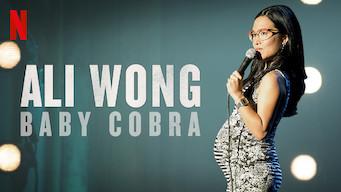 Coupled with this special, her other special, “Hard Knock Wife,” received a 67% fresh rating from audiences.

In this special, Wongs speaks about the difficulty of being a mother and balancing children with her career.

Isaac Kozell of Vulture wrote about Ali Wong’s “Baby Cobra” as a rise to the surface, partly because of her sharp, fearless writing, and the fact she recorded the set while seven months pregnant. 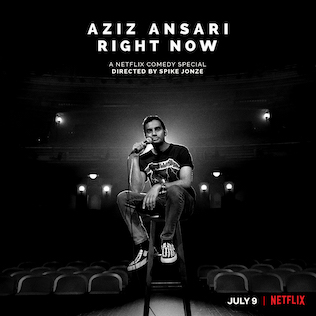 The special is a take on Ansari’s personal feelings about the idea of “wokeness” that has become a thing today.

According to Jason Zinoman of the New York Times, Ansari framed the new special around his personal story and refined some of his weak spots for a more coherent act. He takes on a new force and presents better clarity, one that is a representation of his finest, boldest and most polarizing work yet. 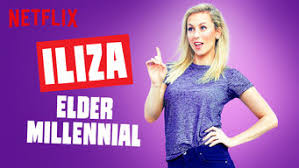 Iliza Shlesinger’s talks about her experiences in life and what it’s like being a 35 years old woman in her special “Elder Millennial,” 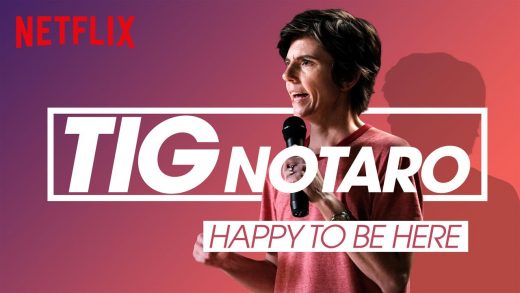 Tig Notaro’s “Happy To Be Here”

In this special, Notaro talks about marriage, being a parent, and being invited to one of Ellen DeGeneres’ parties is like.

Sean L. McCarthy of Decider says whether you can guess the ending or not, you will be tickled by the joy and delight on Notaro’s face.