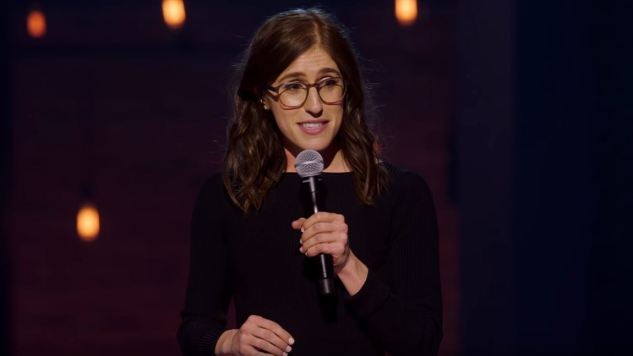 Our manual to stand-up, improve and number shows happening that weekend and at the week beforehand.

EMMY BLOTNICK in Union Hall (Jan. 20, 7:30 and 10 p.m.). This humorous lady, who published a half-dozen special for Comedy Central at 2018, today records her initial stand-up record this weekend. Blotnickwrites for”The Late Show With Stephen Colbert,” and formerly served as head writer for”The President Show” on Comedy Central. Gary Gulman and Matt Koff warm up the audiences for her this romantic club in Park Slope, Brooklyn. The first show has sold out, but tickets are still available for your second. 718-638-4400, unionhallny.com

LIL REL HOWERY in Carolines on Broadway (Jan. 18-19, 7:30 and 10 p.m.; Jan. 20, 7:30 p.m.). The single hilarious voice of reason from the hit horror films”Discover” and”Bird Box,” that Chicago-born comedian and actor has graduated from some co-star on NBC’s”The Carmichael Show” into the starring character in a Fox sitcom named afterwards “Rel,” which culminated in the autumn. 212-757-4100, carolines.com

LITTLE MISS COMEDY PAGEANT in Union Hall (Jan. 19, 7:30 p.m.). If young girls must use their appearances and capability to answer current events questions to wow the judges in beauty contests, then , pray tell, will young comedians must do in order to acquire the title of Little Miss Comedy? You are going to need to find out what hosts Kelsey Caine and Martin Urbano have consumed with this particular three-round pageant spoof. Vying to your attention and acceptance are Clare O’Kane, Abby Govindan, Petey DeAbreu, Nick Naney, and Sam Taggart. 718-638-4400, unionhallny.com

‘QUEER TIGER BEAT‘ in the Duplex Cabaret Theater (Jan. 18, 9:30 p.m.). If Nikki Palumbo and Gwynna Forgham-Thrift curated their own magazine of teen heartthrobs, then the comedians and actresses they have invited for this series could surely produce the cover. The lineup includes Jes Tom, Lorena Russi, Kelsey Bailey, Mila Myles, Jessica Henderson and Taylor Ortega, that co-stars from the forthcoming Disney Channel film”Kim Possible.” 212-255-5438, theduplex.com

‘SIDESHOW GOSHKO‘ in KGB Bar (Jan. 24, 7 p.m.). Leslie Goshkowill observe the 10th anniversary of her yearly storytelling collection, that has been showcased on truTV’s”Impractical Jokers” and NPR’s”Snap Judgment.” You will hear tales in the likes of the Moth StorySlam champ Adam Wade, in Addition to in Andy Christie and Gastor Almonte. Additionally, there’ll be a trivia contest and a wine giveaway, where 10 lucky audience members will take home their very own bottle of Sideshow Sauce. 212-505-3360, kgbbar.com