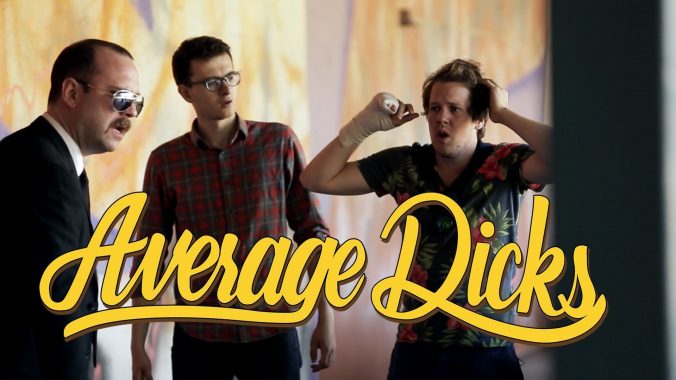 The internet is a terrifying place to grow up. You can find pretty much anything and everything on it. It’s a place with its own separate language. I learned from a very young age that you can rule 34 a blue waffle while watching two girls enjoy a cup. A place that was once the wild west is now being reigned in ever so slightly. How many people can attest to being wary of someone using their computer? The trickle of fear fluttering up and down your body as someone searches through your history and finds something you might be embarrassed having looked at. Be honest, how many times have you googled “Average Dicks” out of curiosity? 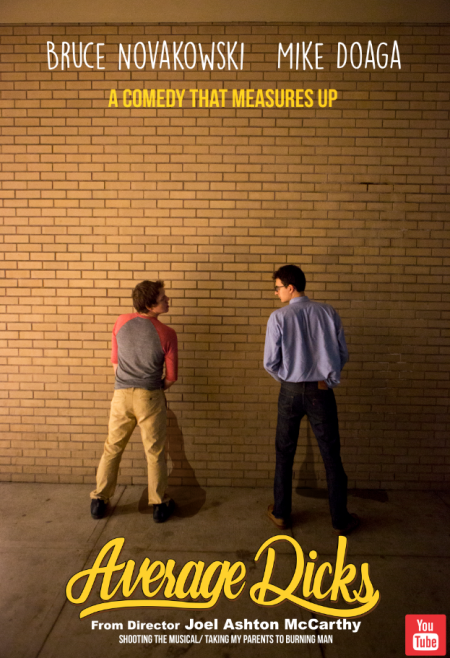 Well, now you’ve got an excuse.

The emerging medium of web television has allowed comedians and comedy writers an avenue to produce content that was otherwise inaccessible. Audiences got to know the Workaholics and Lonely Island teams before they were famous through their comedic shorts. 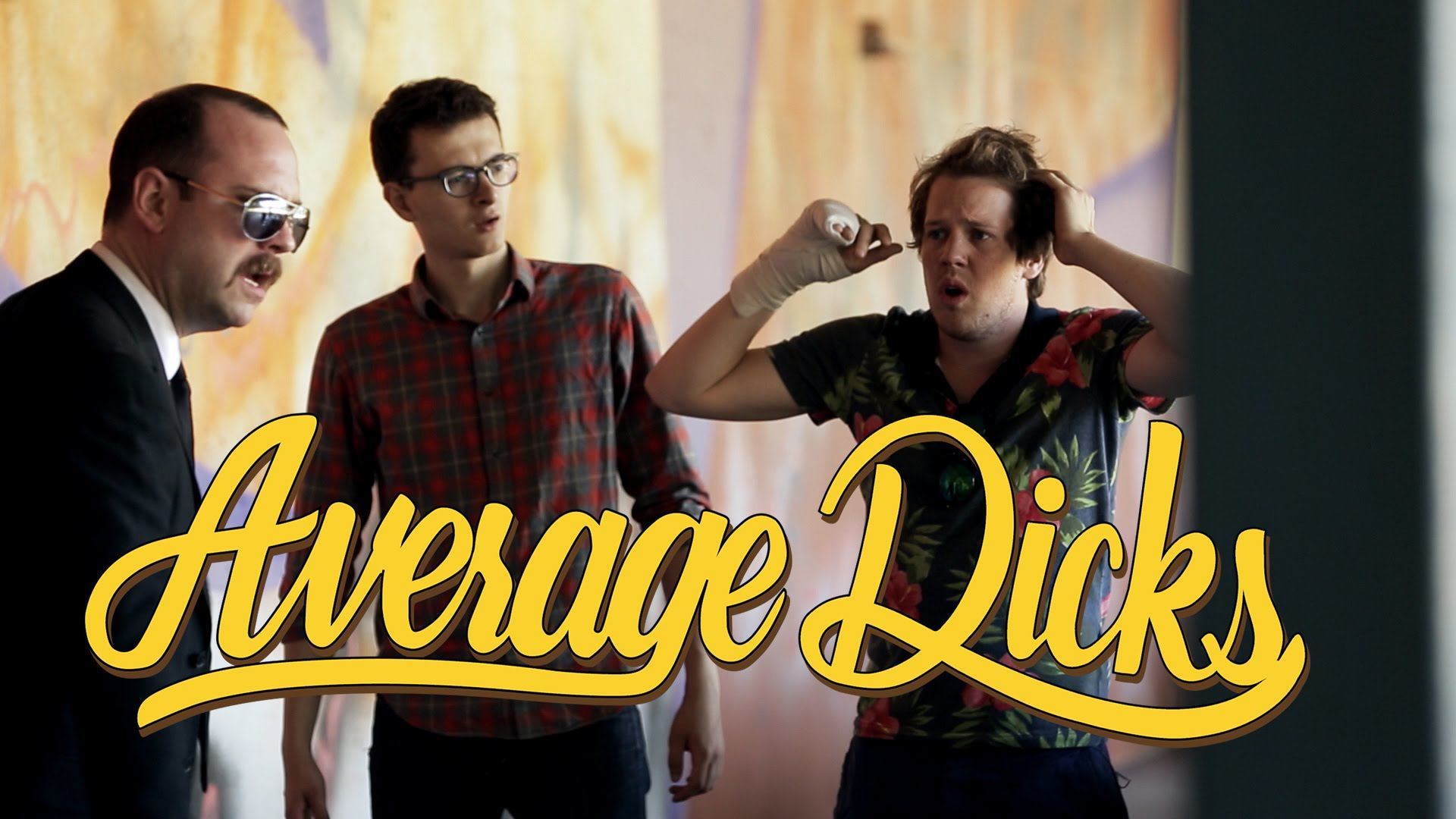 There is no shortage of quality content on the internet for people to find these days. Some web series have transitioned to television and film including Broad City, Drunk History, and Children’s Hospital to name a few.  Creativity no longer belongs solely to the big dogs anymore.

Average Dicks is good old fashioned brilliant stupidity that doesn’t reign in its content to please anybody and it doesn’t seek to be off-putting for the sake of being profane, the writing comes off as their own brand of humor and it shows in the fun they have.

We got a chance to talk to This is a Spoon productions’ Joel Ashton McCarthy and actor/co-writer Mike Doaga about producing their series Average Dicks. Joel plays Pastor Cody and Mike Doaga plays the role of Mike in the series.

The writing team of Mike and Joel told us that they have known each other since they were sixteen and have been through a lot of the same strange experiences together and have a similar sense of humor, Mike remarks on their partnership,

“When writing the show, it’s very difficult to know where one ends and the other begins. We are an unbeatable team at movie trivia.Writing partnerships are useful because, you’re always writing in a partnership, but when you’re writing alone, that partner is the negative voice inside your head. When you have a partner, you can bounce more zany ideas off of each other, and trust the other person’s taste. Brainstorming usually was done on walks and was entirely unstructured and spontaneous. Actual script writing was more methodical and individual. Partnership and deadlines are two great ways to beat writer’s block.”

Joel on the difference between Series and Feature Writing,

“I feel like with series you get to play around a bit more. With a feature you are locked into one story and you can’t side track too much without pissing off an audience. With a series every episode you can take things in a different directions just as long as you use the same characters, shows can adapt as they go on. The beauty of working on Average Dicks was that we had no network or audience we were trying to please, so for us, we got to switch genres and take the show in weird directions which you can’t really do in a feature.”

Joel on working with and finding actors for the series,

“We were lucky that we just had come off a feature film ‘Shooting the Musical’ where we did proper casting sessions and so we just wrote characters for actors that we loved working with from the movie. It was cool because we knew the actors strengths and got to cater roles to help them show off their talents.”

Mike on the film scene in Vancouver,

“It’s growing, it’s still in its infant stages. Vancouver is a weird city for Indie film, I usually feel like our stuff finds more love outside of Vancouver but it’s starting to change. One of the best changes is a monthly Web series ‘Battle of the Bands’ style competition called Vanchan where ten web series enter and 5 continue every month. That’s the best place for web series community I’ve found so far, but we entered the Vancouver’s new Web Festival so hopefully that also helps grow and nurture Vancouver’s web content.”

Mike Doaga on some background on the show,

“When Joel and I were two years out of High School, we started a parody rap group called the J-Man Quartet. We wrote scripts for a J-Man webseries that never got made. Cut to four years later, we were lounging around, completely unsatisfied with the work we were doing at the time, and on a whim, read the old scripts aloud. One in particular, where my character sucks a dick, made our roommate Rob laugh out loud. We named a character in Rob’s honor because he kick-started the show, in addition to doing all the sound design. We shot most of our first season over the course of two weeks with very little money and a ton of favors from friends, then took a four-month hiatus before tying all the threads together into an action packed finale.”

Joel and Mike On crafting the finale,

Joel, “The finale was interesting because we found we could retroactively map out logic to the total absurdity of our random five episodes. Finding a way to tie them all together was incredibly satisfying. Sometimes, you don’t know what a show is going to be until you’re done making it. A lot of our viewers say that they expected just a regular stoner comedy when they started watching our show, and to be honest, we did too.

Mike, “It’s fun watching the project develop a mind and direction of it’s own, you have to be open to that.  For instance, Agent 69 was originally going to be a hillbilly, but the day of shooting, we couldn’t get the actor we wanted, and had worked with John Fitzgerald the day before, where he played a secret agent. This is one of many incredibly fortunate accidents that went on to inform our finale, which is based entirely on what was a throwaway joke about lizard people at the top of the first episode. We saw a lot of caricatures on web shows, and we wanted to give our characters some life, so midway through the series, we decided that the Butt-fucking Pastor and the Angry Roommate should fall in love and become surrogate parents for our heroes, and that our villians should be charming and quirky. The best comedy comes from characters you’re invested in, and believe are real people, even in the most warped, absurd situations. That’s where good acting and writing meet.”

Mike is currently attending the prestigious Atlantic Acting school, founded by William H. Macy and David Mamet, in New York, and Joel is working on a variety of new and exciting projects at This is a Spoon Studios. They’re currently co-writing a horror comedy feature together, that is untitled as of yet.

Check out their feature films, Shooting the Musical & Taking My Parents To Burning man  (Available on Hulu December 3rd) 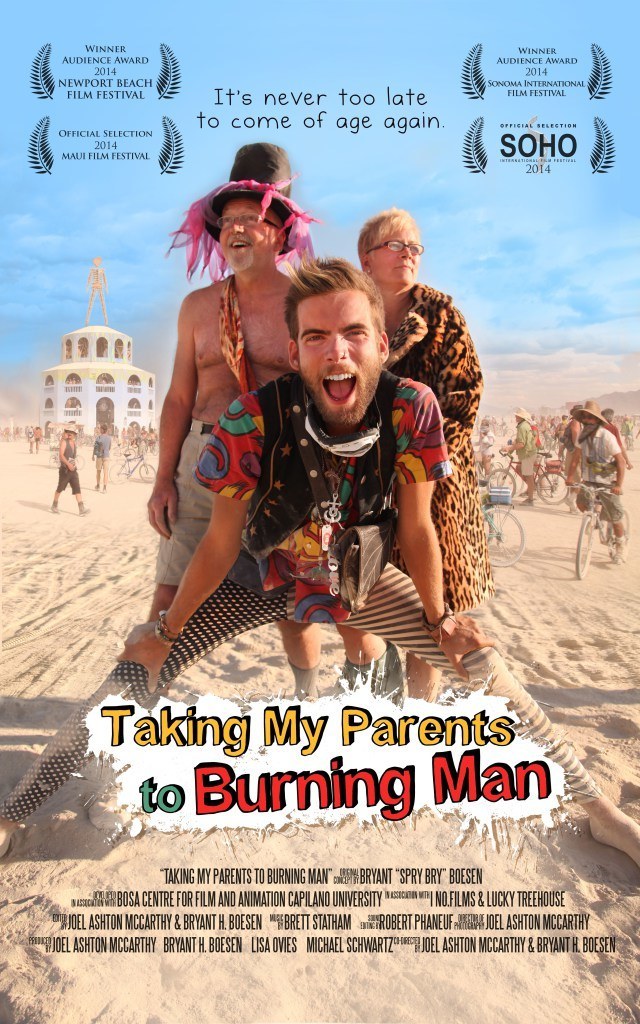 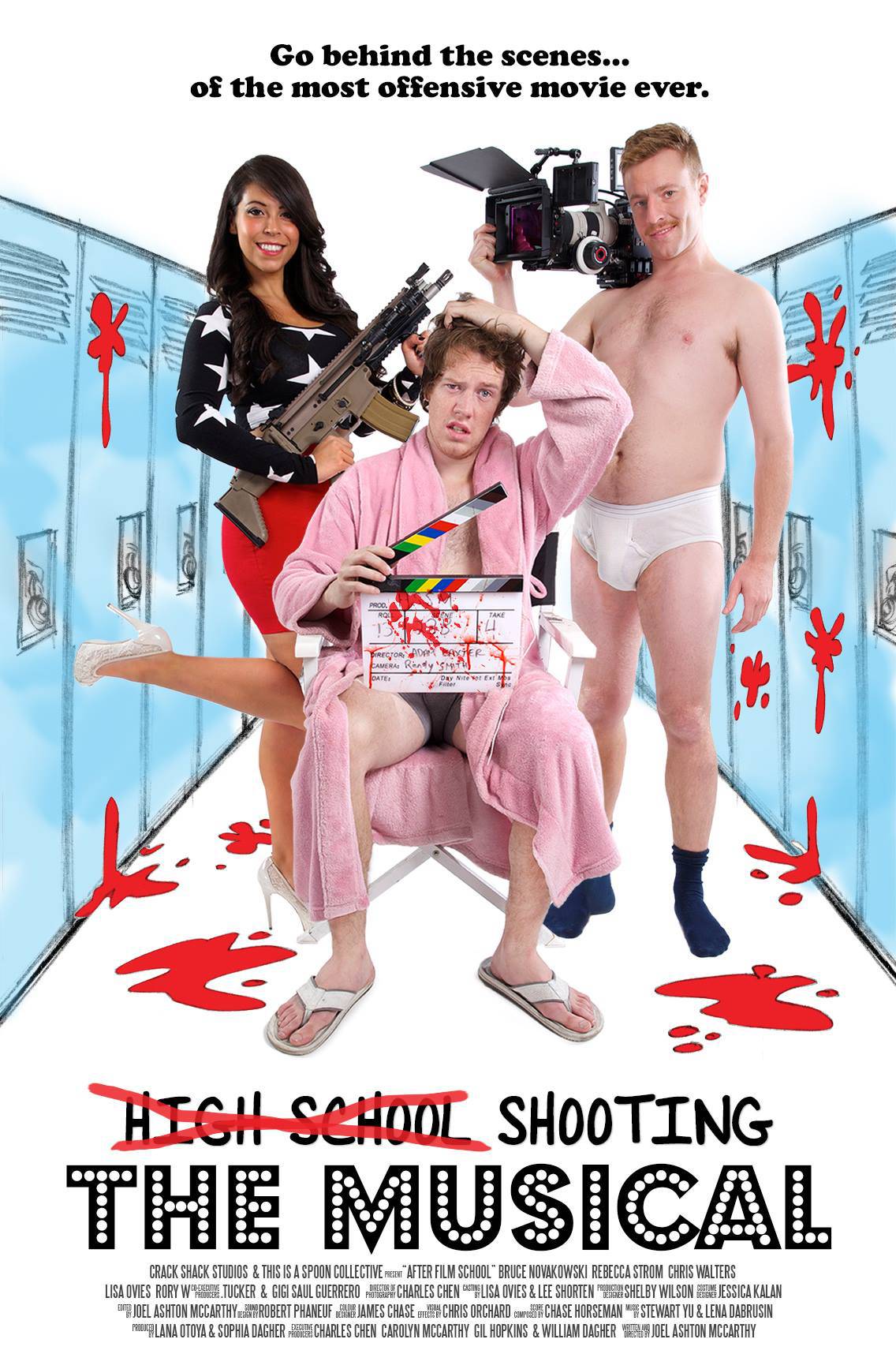