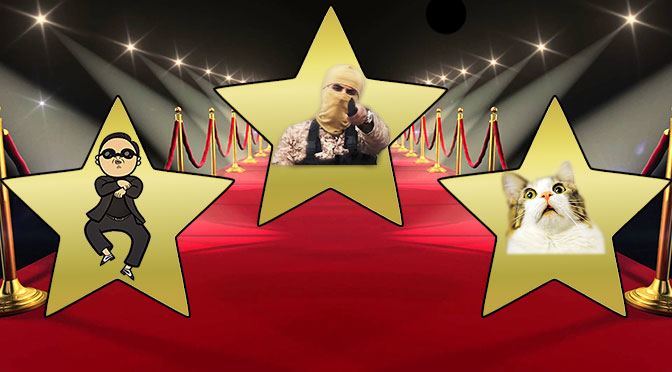 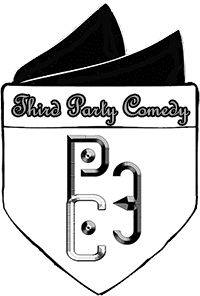 Hear Ye! Hear Ye! All ye Kings and Queens, Knights and Nobles! Thou have been summoned to join in the festivities! Held in the court of Virtual Reality!

First, let me start this article with an apology: I’m sorry for the excessive and obnoxious amount of exclamation marks in my opening two lines.

Moving on, in this article I am going to evaluate the success of the following three Youtube Sensations: Gangnam Style, ISIS and Funny Turkish Cats. Please understand that you made all three of those channels famous. You. YOU. You, the people, got Gangnam Style to be performed on Saturday Night Live. You, the people, proved to the world that Turkish Cats ARE in fact the funniest type of cat. And, you, the people, made ISIS. Your clicks, streams and countless minutes of awe proceeding a barbaric beheading DIRECTLY contributed to the fame and power which ISIS holds today. Odds are you did it by accident, through your primitive pastime consisting of a 4 hour virtual vacation on Youtube (which, I can relate to). I recently took a 4 hour virtual vacation myself visiting all sorts of cool places like: Alabama where I saw a guy in a camo hat shoot himself in the dick with a paintball gun; Antarctica where I got a 360 Degree HD view of the continent; and even a brothel in Thailand where I witnessed what may or may not have been a consensual gangbang (Asians have some outside-the-box fetishes and I don’t want to jump to conclusions). On a random side note; why is an ISIS beheading video have “An interview with a single, innocent Muslim mother,” under other videos you may like? Apples and Oranges, aye? Here’s my point; if you watch ISIS videos it’s hypocritical to then bash them through social media. You can cute-ify your profile picture with a flag but you can’t undo fame.

(Drumroll Starts) Ladies and Gentleman it’s now time to start the evaluation! The evaluation of the three hit stars will fall into 3 categories each containing a 1-6 Code of Points, with 6 being the best. The categories are as follows: 1) Originality 2) Performance and Choreography 3) Fashion and Likeability. Let us begin!

I have to admit the song is very catchy but when it comes to originality it falls flat. It’s not the first or last time an Asian guy does goofy shit and gets laughs. I’m not hating but it feels like a 4 minute stereotype with catchy background music. The only thing that could have made it more cliché is if he had caught a fly with chopsticks while drag racing through San Francisco.

Solid production value. Cool and fun to watch. No complaints on this front. The reason it got a 5 and not a 6 is because I was once selling an old VCR to a shady Chinaman and during our bartering he told a customer service representative “The reason I gave you a 5 out of 6 is because there is always room for improvement. Knowing that helps you get better at what you do.” He later went to jail for some sort of fraud. We still keep in touch.

Lots of flare, bright colors, quick cuts and a chubby Asian man dancing. I’ll give credit where credit is due; this guy’s likeability is impeccable. He knew his target audience and spiced it up for them. There were even times in the video where I thought, “Is it possible this is all improvised? It looks so natural.” Very watchable and very rewatchable.

I know. I know. How could cute cats doing silly things possibly warrant a 5? It’s because, despite all the discrimination, intolerance, bigotry, libel and slander, Turkish cats still managed to find the lighter side of life and used their pain and suffering to give us a laugh or two. This has less to do with the content and more to do with the overcoming of prejudice. Plus they occasionally sneer in a very funny, unique way.

Average. I will not sit here and over-glorify these fucking cats! They get what they deserve and I’m sorry if this sounds harsh. I’ve watched many a cat video and their performance is subpar. They run into glass doors very similarly to Persian Cats or dare I say even Himalayans. Their face planting footwork could definitely use work. In fact, sometimes, they even land on their feet and their face doesn’t even slam against the floor. Horseshit!!! I’m here to see a cat face plant while jumping from table to couch, not a cat successfully change locations. It’s like J.E. Lawrence said, “It is what it is.”

THERE IS NO ROOM FOR IMPROVEMENT. I’ll give you $20 if you can find a single thing that would even come close to being as adorable as a funny cat. I fucking dare you. In fact, this is how confident I am, I’ll give you $25 dollars instead of $20 (Funny Dogs don’t count).

I hate to be so pessimistic but I just don’t see the appeal. Don’t get me wrong they are really good at Social Media Marketing but advertising aside it’s just another group of slightly organized thugs. There’s been a bunch before and there will be a bunch more in the future. Perhaps it’s their arrogant and reckless public persona that just screams low-budget threequel. They remind me of the American Pie movie that didn’t have any of the original cast members. We get it you have guns (*yawn*). Where’s Stifler?

Due to recent developments in the news, I’ll quickly compare them to the organization “Anonymous.” Want to talk originality Johnny? Let’s do it. Since I can remember people have been bullying the weak through the use of Threats, Money, Guns, Bombs and Physical Strength (Mostly Biceps, Triceps and Pecs) but what would happen if you lost access to the internet? Anyone can use a gun to end a life. Anyone can press the proverbial red button and kill masses with a bomb. Anyone with a buff and/or chiseled physique can whoop the shit out of a nerd. And, anyone with power can make threats to keep the weak down. But what would happened if the internet disappeared, today? No matter where I go, there’s tons of people checking their email, looking at Facebook, tweeting (whatever the fuck that means), snapchatting, watching Youtube videos or even uploading their own. Could the average person even exist in today’s world if the internet disappeared? My guess is yes but only for about 1 week until they push up their own daisies. Anonymous provides an alternative solution to problem solving. By shutting down ISIS’ internet presence they are making it extremely inconvenient to keep constant communication with their other members. Phone calls and texts are easily traceable but the internet remains very hackable and easily surveilable. It may not prevent violent actions but it’s sure as hell going to fuck up their day. Have you ever wanted to watch a video but had really shitty internet reception? How fucking annoying and irritating is that? I mean it can truly ruin your day. I was uploading a video to Youtube the other day and the café I was at had really slow uploading speed. By slow I mean my 3 minute clip would take 2 days to upload. After a few minutes of manic irritation, cursing underneath my breath and slamming my soup spoon against the table, I finally gave up. I didn’t have a good internet connection for the remainder of the week and eventually forgot/lost interest in uploading the video. I’ll leave it up to you, the reader, to interpret that as you wish. So as it stands, ISIS is to Anonymous as Coke Zero is to Coke.

Hack. Hack. Hack. The videos are decent quality but there’s no flare, the cuts suck, the transitions seem mistimed, the audio is barely understandable, and most of the time it’s not even in English (English Please! English!). Maybe I’m a new age asshole but I refuse to read subtitles or listen to a 10 minute clip of broken English. If a third grader can enunciate words better then you, perhaps you’re not ready to be on the big screen.

For the sake of continuity I’ll compare ISIS’ performance and choreography to Anonymous’, as I did with the originality category. Truth be told street thugs get annoying and quick. There’s usually more bark than bite and they don’t last long. I’ve always found gangsters to be more impressive, think Al Pacino in Scarface. ISIS’ videos seem to crave attention from the general public and are usually entirely too long. Get with the times, no one watches videos longer than 1 minute. I can picture them sitting behind a computer in their moms’ basement all day just hitting the refresh button on their browser to see if their view count increased. It comes off as desperate and that’s just unattractive. Anonymous on the other hand have short darkly-humored clips. They don’t rely on over-acted emotions, zoom-ins of weapons, bloody montages or angry hate speech. Sometimes simplicity warrants more respect and at the same time drives the message across in a stronger fashion.

Yikes. Someone call the fashion police. Ripped clothing went out of style years ago. How about shaving once in a while? You’re performing in front of a million people. Jesus, Moses, Allah, Johnny (Insert who ever Mormons believe in. I think it’s a dolphin or something). I’ll keep this one short; go to the Gap buy some decently priced jeans and a fitted t-shirt. Again, in comparison to Anonymous you look like amateurs. I’ll endorse the fashion of Anonymous all day baby: a simplistic look which comes with a cool mask and hip logo.