Are you looking for the best comedy shows in NYC ?! It’s a fact that NYC is the best place on the planet to watch stand up comedy. The big name comedians like Jerry Seinfeld, Louis CK, Chris Rock, Dave Chappelle, Dave Attell, Judah Friedlander all got there start in the Big Apple and live here. They can be seen nightly at some of these venues.

Every night there are several dozen comedy shows in NYC all around the Manhattan and the rest of five boroughs of New York City.  There is so much comedy to see here with many of the famous comedians and up and coming stars of tomorrow. It’s very common to see Louis CK drop in at Eastville comedy club, The Comedy Cellar, The Stand NYC and so many local clubs.

This is what makes NYC comedy scene the best in the world. If you can make it in New York you can make it anywhere. So, you’ll see a list of some of the best comedy clubs in NYC below and don’t hesitate to buy your comedy tickets at Best Comedy Tickets. Where Comedy Fans Buy Tickets. 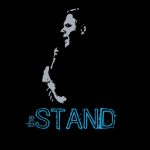 The Stand was named New York Magazine’s “Best Comedy Club” for a reason. The Stand NYC pride it’s self on putting the very best  talent on  their stage each and every single night. They often feature top names of today such as Dane Cook, Bill Burr, Artie Lange,  Gilbert Gottfried, Colin  Quinn, Judah Friedlander, Janeane Garofalo, Nick DiPaolo and much more – as well as the funniest up-and- comers NYC has to offer. If you want to see some of the best comedians in New York get tickets here bestcomedytickets.com/venue-  profile/the-stand-nyc 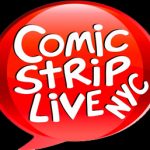 The Comic Strip is proud to be a showcase comedy club and the oldest comedy club in New York.  Most comedy clubs have one  headliner, so you’re out of luck if you don’t enjoy their humor. Instead,  we set ourselves apart from the competition by providing over  four headliners instead of the one.  Expect an outstanding all-pro lineup on any given night. Only the best, top professional comics    perform on the Comic Strip stage. Many of our performers write and perform new material when  they come to Comic Strip simply  because they know the level of quality Comic Strip expects, and  they always deliver. We also offer open mic events for those who wish  to practice their comedy on a  live audience.Here is a link to Comic Strip Live lineup & to purchase tickets https://bestcomedytickets.com/venue-profile/comic-strip-live 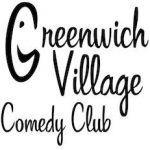 The Greenwich Village Comedy Club opened in the summer of 2012 and from day one the club has been filled every night with a lively downtown crowd and top comedians making them laugh! The club attracts fan from around the world and celebrities like Montel Williams, Andre Aggasi and Jimmy Fallon. Al Martin is the King of New York Comedy and has made New York City the World’s Capital of Comedy. Come by the Greenwich Comedy Club any night of the week for thrilling comedic performances and renowned comedians. Here is a link to Greenwich Village lineup & purchase tickets https://bestcomedytickets.com/venue-profile/greenwich-village-comedy-club 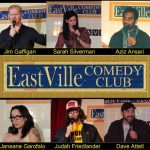 Eastville Comedy Club established in 2008 has been showcasing some of the best comedy in New York City. This venue is well known  for the hot spot for some of the best comedian talents in the city. They recently have featured comedians like Judah Friedlander, Ted  Alexandro, Jim Gaffigan, Dave Attell, Aziz Ansari, Sarah Silverman, Janeane Garofalo to name just few. The East Village may be the city’s most eclectic and fun party destinations in New York City. The East Village prides itself in having some of the best bars, cocktail lounges, and live music. Here is a link to Eastville lineup and to purchase tickets https://bestcomedytickets.com/venue-profile/eastville-comedy-club 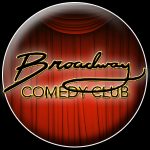 Broadway Comedy Club in New York City has three beautiful comedy club showrooms in their bi-level entertainment complex. This  comedy club is located in the theatre district just outside of Times Squareat 318 West 53rd Street steps away from the David  Letterman Show The main showroom can accommodate 225 people, and the smaller theatre can hold up to 70 guests. All of the comedians at  Broadway Comedy Club have TV and Film credits and have appeared in major clubs and theaters across the country. Broadway Comedy Club lineup and to purchase tickets https://bestcomedytickets.com/venue-profile/broadway-comedy-club 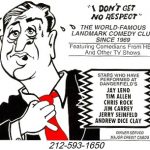 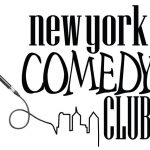 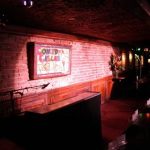 The Comedy Cellar is a famous comedy club in New York’s Greenwich Village featuring the edgiest acts, the widest variety, and a club  atmosphere second to none. The crowd is an eclectic mix of Village hipsters, yuppie types, agents, producers and TV bookers. Stars like  Jerry Seinfeld, Chris Rock, or Robin Williams will sometimes drop by here to try out new material.

Each week consists of two shows a night on Sunday through Thursday, three shows each Friday, and four shows on Saturday. The Cellar is located under and connected to the Olive Tree Café, where many of the comedians like to hang out after performing. 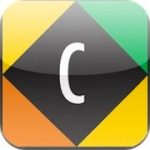 Caroline’s Comedy Club first opened as a cabaret in New York’s Chelsea neighborhood in 1981. The owner Caroline Hirsch, a lifelong  comedy fan, soon began booking comedians. The comedy acts – which included now legendary performers like Jerry Seinfeld, Tim  Allen, Rosie O’Donnell and Jay Leno – were a tremendous success, and Caroline’s soon became a full-fledged comedy club. As  comedy’s popularity surged throughout the 80s and into the 90s, so did Caroline’s.

Caroline’s Comedy Club is now located in the heart of Times Square in New York City on Broadway is one of America’s premier comedy nightclubs, presenting the best live entertainment seven nights a week, 365 days a year.