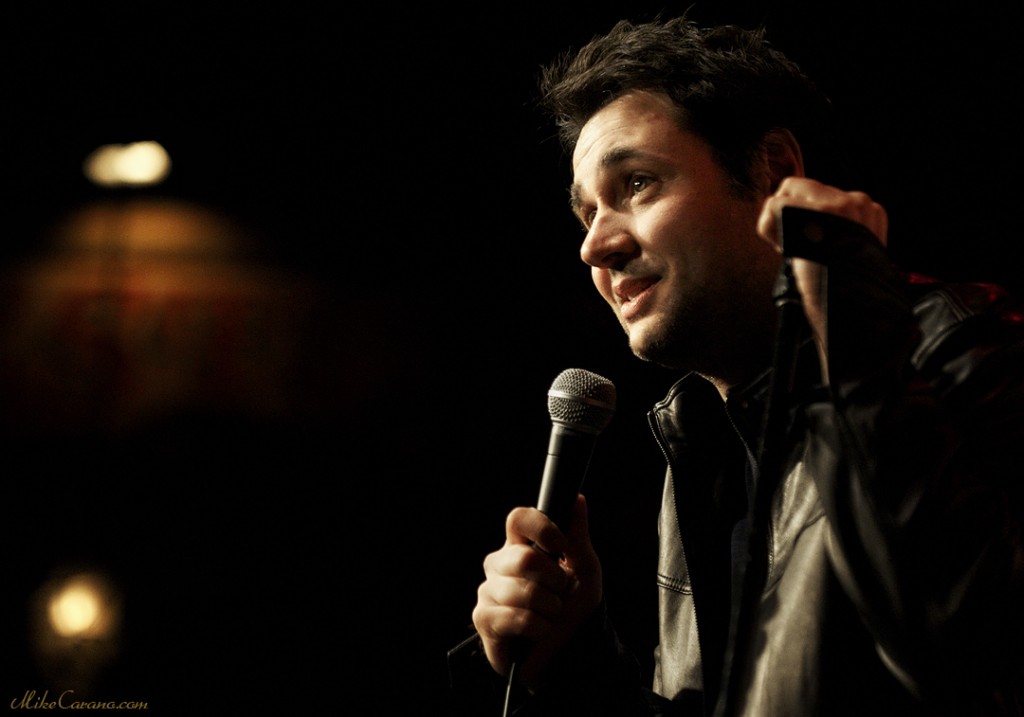 Starting his career on NBC’s Caroline In The City, Ferrara has also appeared as a series regular in ABC’s The Job, guest starred on NBC’s Law & Order and reprised roles in CBS’s The King Of Queens and ABC’s Ugly Betty.

Ferrara also is a regular on The Tonight Show with Jay Leno, The Late Show with David Letterman, Late Night with Jimmy Fallon and Rachael Ray.

Adam’s third special for Comedy Central entitled Funny as Hell brings the stage to life with his honest, clever and fearless perspective on family, relationships and himself.

Apart from opening for his comedy idol, George Carlin, and performing at both Carnegie Hall and Radio City Music Hall, Ferrara also had the opportunity to perform at a benefit for the President and all of the Senators. Stuck in traffic on the way to the event, Ferrara quipped, “I’ve waited this long for healthcare, now they can wait for me.”