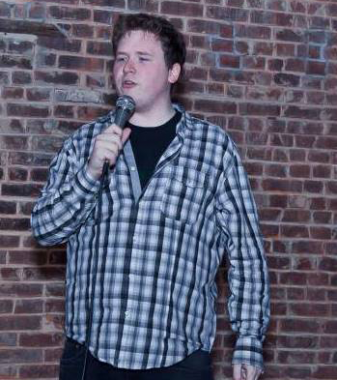 Brendan Sagalow is a New York City based comedian from Long Island. Combining wit with hilarious observations and self loathing Brendan has become a club favorite in all the comedy clubs in NYC.

Brendan is a regular at the New York Comedy Club, Broadway Comedy Club, and others. Brendan has also been praised highly on producer of the Opie and Anthony show, Erik Nagle’s show “It’s Erik Nagl” and Also is a regular on a popular podcast called “Random Occurrences with Brian Demoy”