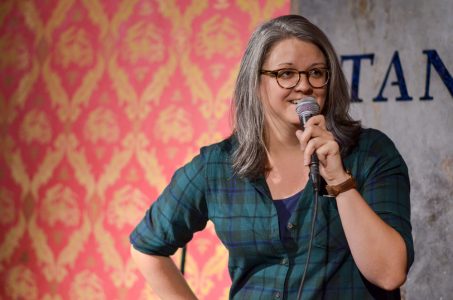 Emily Walsh is an NYC-based comedian who performs in bars and comedy clubs across the five boroughs. She hosts and produces a monthly show in the East Village called Keeping It Fresh. Originally from Boston, MA, her irreverent comedy is a fresh blue-collar take on friendship, feminism, relationships, day jobs, and 90s pop culture.

She recently won 1st place in the Comedy Mob Festival, with 200+ comedian submissions and has been named Comic of the Week on Jackie Kashian and Laurie Kilmartin’s podcast the Jackie and Laurie Show.