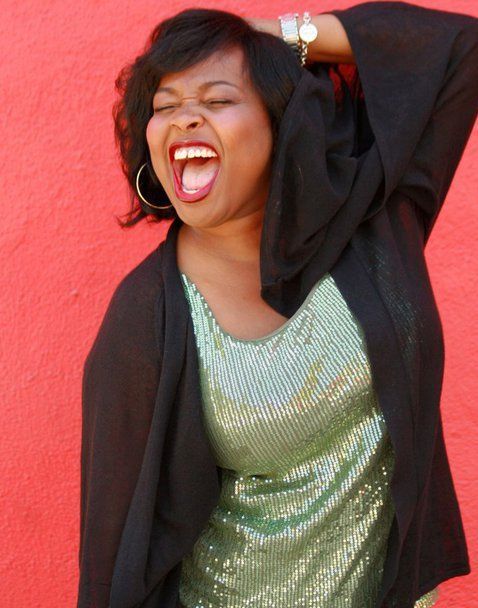 A multifaceted performer with a law degree, Jackie’s got brains, sass, personality, and supreme confidence. She’s like Oprah, Rosie, Ellen, and Martha rolled into one. Get ready, America. Jackie Fabulous is destined to become a household name as a TV talk show host, an actress, a producer/writer/, motivational speaker and an entrepreneur with her own brand of comedy, books, and motivational speaking to help kids, teens, and adults find their own fabulous.

A self-proclaimed ambassador of “Girls Night Out” from the East Coast, Jackie is a professional, nationally- touring comic who plays all the top clubs around the world and is a regular performer entertaining our military troops. Jackie has opened for Drew Carey and Mo’Nique, and produces and stars in her own comedy shows all around Hollywood.

Jackie has been a co-host for Brides Night Out featured on NBC’s I DO. She has appeared on Bill Bellamy’s Who’s Got Jokes? For TV One, MSN’s Kitchen Cook Off and South Land, has dramatic range as a character actress and can currently be seen in several national commercials.

Through her Find Your Fabulous company Jackie is also a Motivational Speaker and hosts mentoring/workshops and showcases to help women of all ages bolster their self-esteem and work through their weight issues. By entering the world of entertainment, Jackie wants to encourage women everywhere by creating her own empire, by speaking truth to power, to be the voice everyone needs to hear, the one that reassures us that we aren’t alone, and that we don’t have to be ashamed of the fact most life lessons, no matter how tragic, can at some point make us laugh and that laughter can comfort others.

Jackie transcends labels with purpose-driven comedy and motivational speaking and the feeling that this is a woman you want to get to know. She makes it difficult for anyone not to feel Fabulous himself or herself.