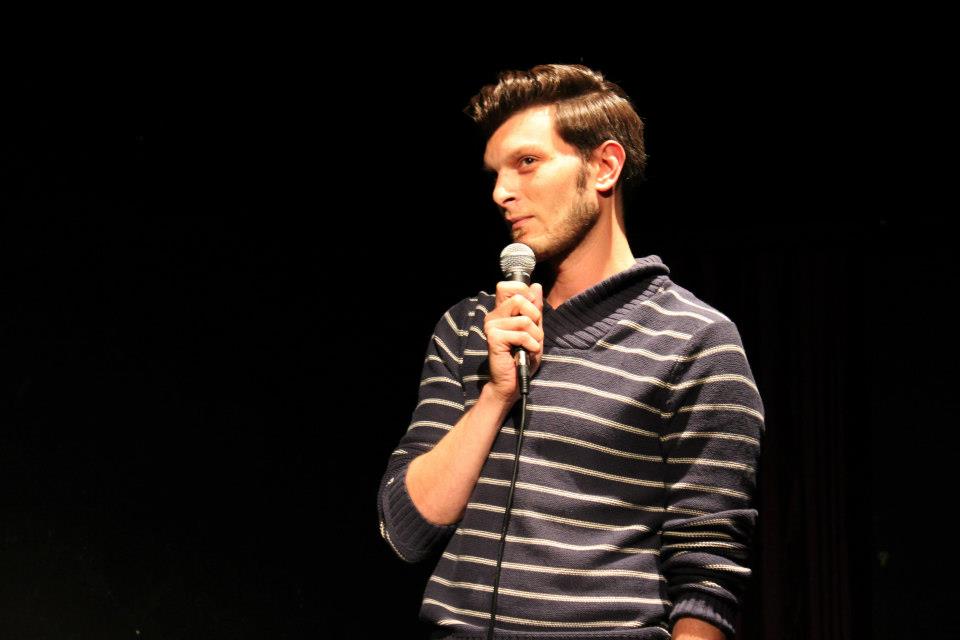 Justin Martindale is a stand up comic from San Antonio, Tx currently living in Los Angeles, CA. He started doing stand up in 2008 and since then, there is no stopping him. In 2009, Mitzi Shore, owner of The World Famous Comedy Store on Sunset Blvd. passed him on the spot as a paid regular in his first 6 minutes ever to hit the stage. Since that touch of grace by Mitzi, he has appeared on LOGO TV’s One Night Stand Up in 2010, can be seen performing regularly at the Hollywood Improv, the Hollywood Laugh Factory, as well as been a featured performer for Atlantis Cruises touring the Mediterranean with the likes of Patti Lupone and Bruce Villanch. Martindale’s also been a featured artist at the SXSW Festivals in Austin Texas in 2010/2011 and had the pleasure of being a part of the FilmOut Festival in 2011 for his film “The Wishmakers of West Hollywood” and opened for Comedy Central Roaster and NBC/CBS television sweetheart Whitney Cummings. He is also a member of the infamous DeathSquad family which features the talents of Joe Rogan, Freddy Lockhart, Ari Shaffir, Tom Segura, Christina Pazsitzky, Redban, Jason Thibault and more and can be subscribed to on ustream or downloaded on itunes. He’s been a writer for the notorious Joan Rivers on Fashion Police and can be heard on his weekly podcast “The Justin and Justine Show” on GoCastNetwork.com