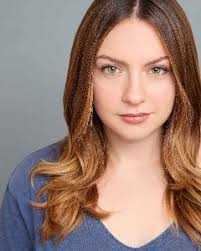 Katie graduated from UCLA’s School of Film, Television, and Theater with a B.A. in Acting. In addition to writing and performing stand-up, she’s working on her improv skills at Groundlings and The Upright Citizen’s Brigade.

Prior to moving to L.A., Katie lived in New York where she appeared in several off-off-Broadway shows and, as a teen, wrote a one-act comedy produced multiple times as part of a theater shorts festival.