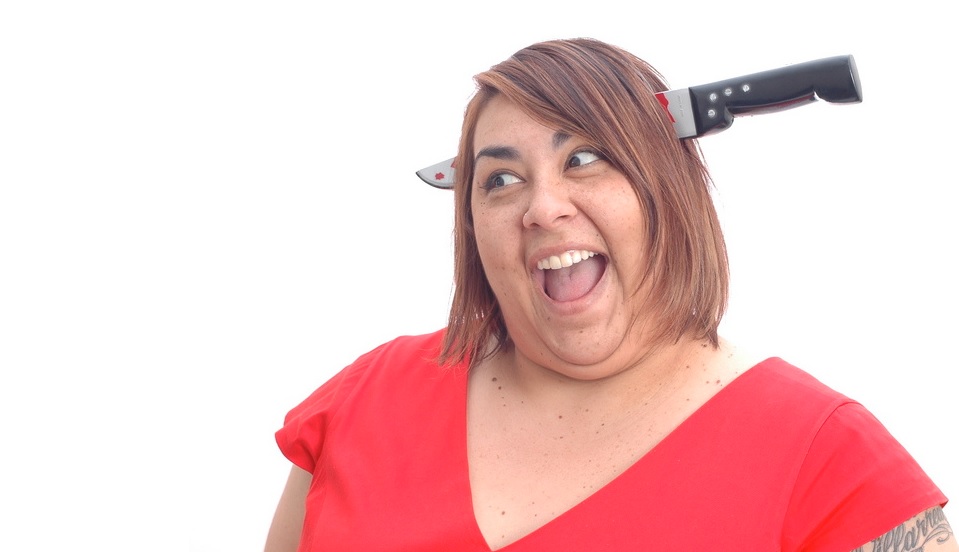 Lydia Popovich is a SF-based comedian and blogger. Her website, Hater Tuesday founded in 2003 garners thousands of weekly visits from friends and family around the world. Her anecdotal humor and vivid storytelling make her a unique voice in a sea of dick jokes.

She produces and hosts an all female stand-up showcase in the Bay Area called Ladies Love that takes place the second Tuesday of each month at The Layover in Oakland and once every 3 months at The Punch Line in SF.

She’s a regular at Rooster T. Feathers, Punch Line SF and has performed countless times in the Bay Area’s most popular clubs including Cobb’s, The Purple Onion and San Jose Improv.

In 2013 she was featured in SF Sketchfest and Boston’s Women In Comedy Festival. She performed 4 minutes of stand-up on Creepy KOFY Movie Time and taught Derek Waters how to take a Jell-O shot on Drunk History.

Dave Grohl of the Foo Fighters once touched her arm and said, “Hey, you’re pretty funny.”

That was the best day of her life.*