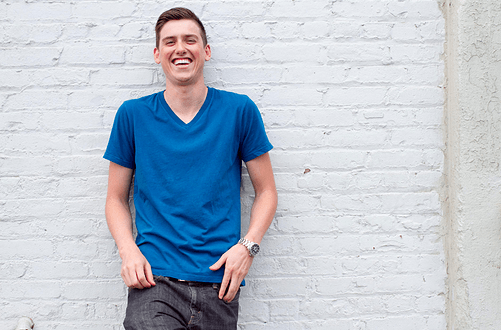 Mike Feeney is a New York based comedian who was born and raised in Long Island, New York.

​Mike is an easy going guy with too much on his mind. From stories about his family, to the inconsistencies of 007 films, to pontificating as to why English Muffins aren’t sold pre-split, his brand of humor and dynamic stage presence captivates young and old audiences alike.
​
You may have seen Mike on the hit Food Network show, “Restaurant Stakeout” or in the 2012 Laughing Devil Comedy Festival. If not, you can see Mike performing stand-up comedy in clubs and colleges all across the country.
[Some places you may have seen him: Gotham Comedy Club, Carolines on Broadway, Laughing Devil Comedy Club, EastVille Comedy Club, New York Comedy Club, LOL NY, Broadway Comedy Club, Stand Up NY, and The Comic Strip Live].

Mike also has studied and performed improv at the Upright Citizens Brigade Theatre (UCB) as well as the Peoples Improv Theatre (P.I.T.). Mike’s sketch group, “The Papaya Brothers” has been featured online at College Humor, Funny or Die, Comedy Smack , Comedy Rants, and UCB Comedy. In 2012, their sketch “Overtime: A Call Of Duty Live Action Parody” was featured in the Williamsburg Independent Film Festival.