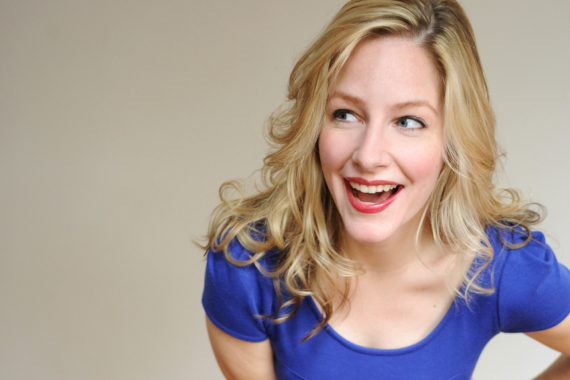 We met up with Comedian Meghan Hanley at the New York Comedy Club in the East Village right before her show to discuss all things stand up comedy.

When I was in high school Seinfeld was huge, so I used to tell people that I was going to have my own show called “MegFeld,” I was only half kidding. I didn’t know that I wanted to do stand-up till a few years later, but I knew I wanted to be in the business of comedy.  I wanted to be on stage performing, but I couldn’t sing. I wanted to work in television and film, but I had no idea how to do that. I come from a family of Civil Servants. People who dedicate their lives to helping others. The idea of being an actress sounded so selfish and considering I had no experience or knowledge of the business it didn’t seem like something I could say I wanted to go to college for. But during this time I did start writing. I would send out mass emails entitled, “My random thoughts and shit.” I’d pick a topic and write about it. I thankfully don’t think I have copies of any of it. Then one day while I was attending Fordham University in the Bronx. I was watching a VH1 behind the music on Adam Sandler and he talked about doing stand-up while at NYU. I figured, “OK, I’m in the city, what am I waiting for.” I went up to a guy in the Village who was selling comedy club tickets and asked if the club had classes. He said “Yes.” I called the number and began taking weekly classes at oldNew York Comedy Club.

If there was anything else I wanted to be doing. I’d be doing it.

Nick DiPaolo told me, “Record every set. It’s the very least you can do.”

Fortunately for me, I have a very friendly face.  So when someone starts being a problem, people are usually on my side, to begin with. I can typically get away with giving them a big smile and then under my breathe, but into the microphone, saying, “OK..shut the fuck up.” That usually does the trick. If it continues, I find it best to work a fine line between shutting them down, but also keeping it positive. In most cases, they are drunk and have no idea what they are talking about. Basically, if you are ever at a show and you see me saying to someone over and over again, “Ok, no but you’re great, I love you, glad you’re here.” It means I can’t stand them. 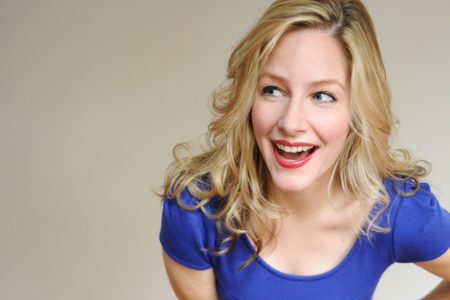 I’d say it’s observational humor that often gets overshadowed by my personality.

It usually relates to things going on in my life. But I’m trying to get better at picking a topic, writing about it and then seeing how it fits into my life. Basically, I’m bored with myself. That’s what so much of stand-up is, love-hate for yourself. I shouldn’t say hate. I don’t hate myself, I just get sick of myself.  Obviously, like comics, we think we have enough to say that we need to say it into a microphone. But then, on the other hand, do we? It’s a constant mind game and I never feel like I’m doing enough.

I think that will always be an ongoing adjustment, but one that has gotten easier over time. The best thing to do is to sit in it, reset. Let them feel that you are in control. Let them come to you. But that’s so hard to do! All your instincts say otherwise. And it’s something I’m still working on. I talk fast, to begin with, and when your adrenaline is going, and theirs is not, it can be really tough. I bad habit of mine is to give more and more when they are giving me less and less. I’ve found that this doesn’t work. I start looking desperate for them to like me, and they know it.  I have different things I’ll try, like crowd work or specific jokes that I know work, to get a read on them. But if none of that is working, I just think “Fuck, I’m doing to perform the hell out of these jokes for me.” Whether it works or not, you go, well I did my job. Stand-up at it’s worst is when it feels like a job. It’s best is when it feels like a conversation. A weird conversation where one side barely gets a word in, but a conversation no less.