Do you want to see live comedy tonight in NYC! Typically NYC Comedy Clubs charge- Pay $15- 45 at the door.  Using Best Comedy Tickets we can offer you a 40% discount.

Keep in mind there is a Two Drink Minimum per person at all NYC comedy shows unless otherwise stated.

Click on the links below, select date/time, pay, then show up to the comedy club at least 30 minutes before showtime as all comedy shows are general admission for seating. Follow our NYC Comedy Club blog or our Twitter feed for special recommendations, line ups, and other news!!! 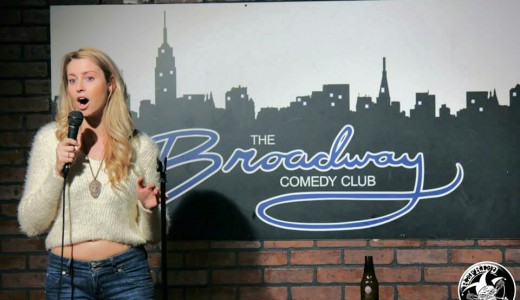 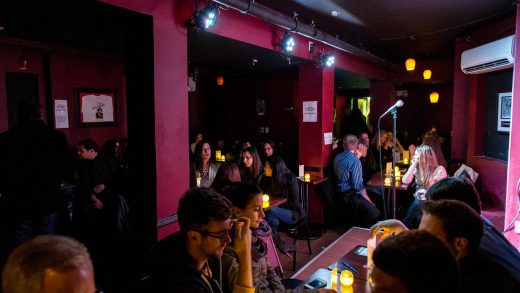 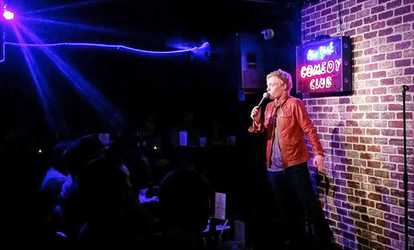 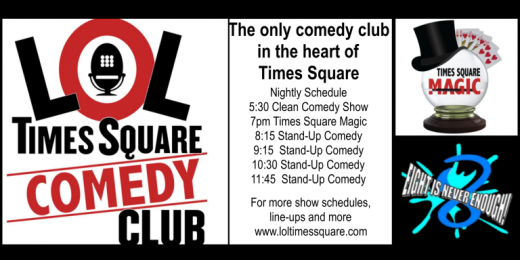 Please Subscribe to this blog for up to date line-ups to the best NYC comedy clubs in the city. We offer additional NYC Comedy Clubs deals on shows just for our followers.

Keep in mind and please remember, most NY comedy shows require a standard TWO drink minimum. We only sell the discount tickets to all professional NYC Comedy Shows and no amateur comedians.

New York City is home to the BEST Stand up comedians in the world. It’s known as the Mecca of Comedy in America.

If you like watching comedy shows on Netflix, Comedy Central, Jimmy Fallon, and other stand up comedy shows. Then you will love it best at an NYC Comedy Club. You can see the same comedians live and in person is so much better.

Save 40% on NYC comedy tickets give you a chance to see a lot more comedy more often. NYC comedy shows are great date spots, bring your friends, or nothing brings an office together like a night of laughs and beers.

PLEASE don’t act shocked when you are at an NYC Comedy Club. It’s a standard at all the comedy shows in NYC. You are getting top-notch professional comedians and a 90-minute comedy show you need to lubricate otherwise you will get dry mouth with all that laughing.

WE ONLY HAVE PROFESSIONAL COMEDIANS HERE

There are over hundreds of comedy clubs, bars, and theaters here in NYC. It can be very difficult to find just the right place to see comedy and that is why we have it all COVERED for you.

Our main goal is to help you see the best comedy shows in NYC and help fill the seats at NYC’s best comedy clubs.

All our headliner shows features on main comedy star that you have seen featured on a major television network.

NYC comedy clubs are Headliner Showcases which is the most popular method here in NYC. Typically a comedy club will feature between 4 and 6 professional comics. This is the best bet because you get a sample of the best up and coming comedians. The great thing about NYC is you always get a special guest that loves to pop in unannounced to work out new material. This is a way to learn about new comics and eventually a lot of these comics become a household name.

Most of these comics have appeared on main of the best comedy shows on TV such as on shows Last Comic Standing, Colbert, Kimmel, Tonight Show, Comedy Central, Netflix, Jimmy Fallon, SNL and more.

I’d also say most of all the top comics in NYC have been professional comedians for the past 10+  years. (there are a few that were just born funny and bloom faster than others.)

Most people know that New York City is home to the best comedians in the world. While they make the big money doing films, TV, AC, Vegas, Colleges, and touring Europe and touring. This is where they decide to come back to their roots the big apple to work out new material.

I have been to many great comedy shows that started at 11:30 PM and boom all of a sudden a huge star such as Chris Rock, Jerry Seinfeld, Dave Chapelle, Dave Attell or Judah Friedlander pops in and does a 1-hour set.

Though we don’t advertise when comedy stars are going to pop in as this makes it fun and spontaneous. Most of the NYC Comedy fans know this happens all the time.  However, just enjoy watching the up and coming top professional comedians that NYC is known for. These terrific comics are going to make you laugh all night long.