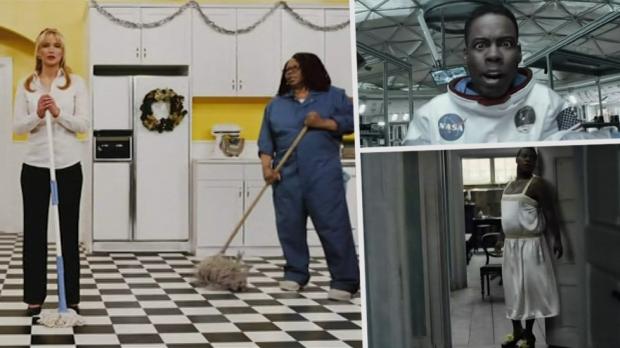 Wow, Chris Rock nailed his duties as host of this year’s Oscars. He was both edgy and hilarious, while still seriously acknowledging the concerns of organizations like “Black Lives Matter”; multiple minority celebrities and organizations decried the fact that this year’s Oscars neglected to include a single black actor or actress among their nominees. Chris Rock’s initial tweet after the nominations were announced, and his monologue perfectly held Hollywood’s feet to the fire while giving the television audience more than a few laughs at the expense of the celebrities seated around the stage.

Whoopi = Joy, Tracy Morgan is The Danish Girl, and Chris Rock gets lost in Martian

Filmed especially for the Oscars, Whoopi Goldberg and the team behind Oscar-nominated Joy did a clever skit where Whoopi gets one of her classic one-liners in: “Maybe one day they’ll make a movie about a skinny white lady who invented a mop! Of course a black girl would have to invent a cure to cancer before they even give her a TV movie.”  And the fun times kept rolling with parodies of The Martian and The Danish Girl, with satirical jabs at the racial overtones surrounding this year’s awards.