Ted Alexandro has been a working comic for twenty years, developing his style and building his reputation.  Although he likes to travel, the former music teacher is definitely a New Yorker, living in Queens, performing at clubs every night and also getting himself arrested at Occupy Wall Street.  He’s been on all the late-night shows, has Comedy Central specials, and is getting ready to record a new hour-long special this winter.We sat outside at a little coffee shop in Astoria near where he lives.  It’s a quiet place that has regular music and comedy performances, a good place to sit and write, and as soon as the barista sees Ted she asks if he wants the usual.

Sitting outside over a cup of tea (not the usual), Ted talks about teaching, long-term collaborations, and letting the fans find you.

BCT:   I know that when you started doing comedy you were a teacher during the day, teaching music.

BCT:   Were you a teacher first, and then after too many days of wanting to say bad things to the kids you decided to try stand-up, or was stand-up the thing and teaching was just a means to an end?

TA:     I was always performing.  Through high school I was doing the plays, in college I was in plays, and I was a music major originally; jazz piano major.  Then I switched to elementary education cause I was kind of in over my head with the jazz program.  But I was still doing theatre the whole time, and then I got into sketch comedy with this guy, Hollis James, who turned out to be my best friend in college, and we started doing a two-man stand-up act.  Right when we got out of college.  My very first teaching job was as a gym teacher, when I was still in college.  I took a semester off to study jazz piano with this teacher, and a friend of mine who was working at a school said “my school needs a gym teacher, do you want to do it?”  And I was 20 years old, I didn’t have a degree, I wasn’t an education major at this point, but they just said “can you blow a whistle?” read more 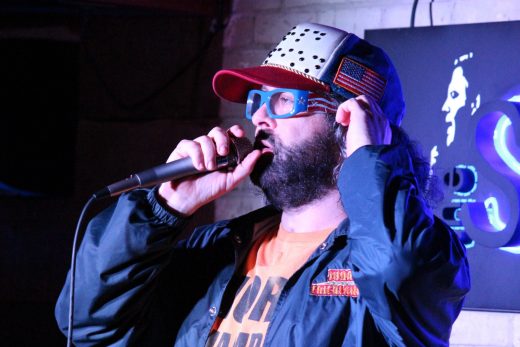 I then went over to stop Judah Friedlander, featured on 30 Rock and other various movies. We sat down after he finished his set and after taking pictures with his fans.

Hannah Chusid: I’m here with the #1 World Champion, Judah Friedlander. How are you doing?

HC: So, how did your set go tonight at The Stand?

HC: Four standing ovations! This is a brand new comedy club, what do you think of it? 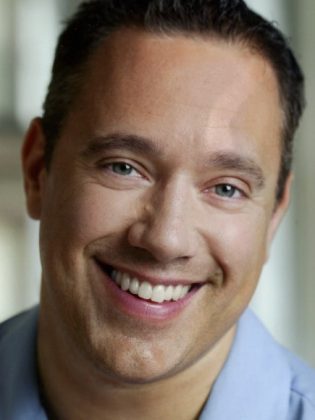 If you’ve made yourself a regular at any number of clubs in New York, odds are you’ve seen Bob Dibuono a few times.  With a talent for voices and impersonations that has also earned him regular airtime on a number of radio and tv shows, this hard-working comic has been in a fixture in the New York circuit.  On a stoop half a block from Stand-up New York, where Bob regularly produces shows, the hard-working comic sat down to talk about producing show, creating impressions, and what not to do when peeing before a big gig. read more