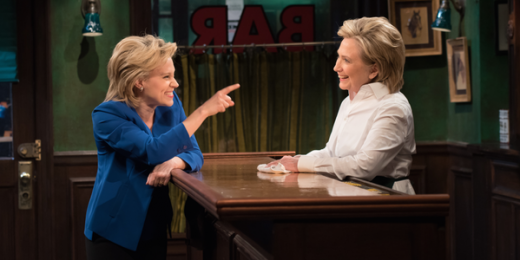 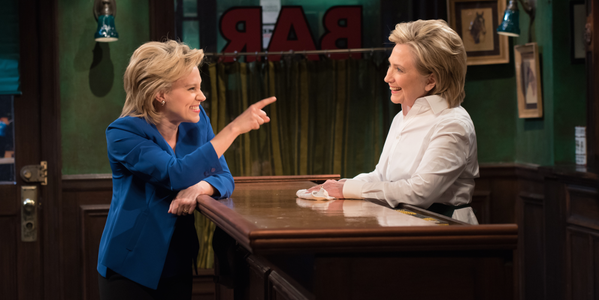 The former first lady Hillary Clinton was featured on the season premiere of SNL, but not playing herself. The the current Democratic presidential candidate frontrunner played Val the bartender in a sketch comedy opposite resident SNL Clinton impersonator Kate McKinnon.

“I’m just an ordinary citizen who believes the Keystone Pipeline will destroy our environment,” Clinton as Val joked.

Hillary Clinton’s attempts to appear engaging for comedy, and also teased her transformation on issues like marriage equality. (“I could have supported it sooner,” McKinnon’s Clinton said to the real Clinton. “Well, you did it pretty soon,” responded Clinton.) read more