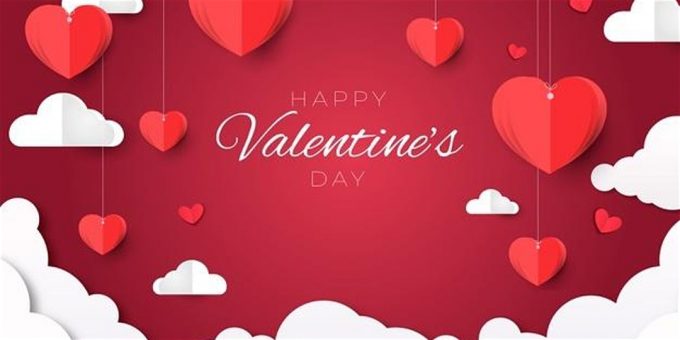 If you are in the Big Apple and want to experience what Valentine is with your other half, you can bring him or her to NYC comedy shows.

We have a 25% discount for all you comedy lover use the promo code: ValentinesDay25 at the NYC Comedy Clubs Calendar (page)

Laughter and romance go hand in hand. So what could bring you closer to your partner than sharing moments of laughter with them?

Nothing says “Happy Valentines Day” as a comedy show can. Do you want to see the best comedy shows on Valentine’s day in NYC? Here are some of the best shows, with the funniest and in-demand comedians, to spark up the day.

Relationship Status: A Show for Everyone at

The early show is as good as you’ll get and affords more canoodling time anyway.

The show will feature a multi-talented writer and performer Katie Haller. Katie is NYC based and was recently featured as a Breakout Artist at Caroline’s On Broadway.

She can be seen regularly in the New York Comedy Club.

She is a famous comic for her 90’s hip-hop powerhouse alter-ego T-Spoon. Marc Gerber will be taking to the stage in the evening. Marc is a New York City-born and-bred who has been performing stand-up for the last ten years, performing in comedy clubs around the city and beyond.

He has been featured on CNN’s RunningMate podcast, MTV’s Catfish, The Steve Harvey Show, and in The New York Post, to name a few.

New York Comedy Club is an excellent date spot, and you and your partner are guaranteed an evening of unforgettable memories as you laugh your hearts away.

The show will feature some of New York’s finest comedians like Maddy Smith and Giulio Gallarotti.

Maddy Smith is a comedian, writer, and MC based in New York City. She made an appearance at the Hoboken and Memphis Comedy Festivals and was one of Stand Up NY and New York Comedy Club competitions finalists.

Maddy is proficient in crowd work and quick wit and is always at New York Comedy Club, The Stand, and Carolines on Broadway.

Not only does she do stand up, but she is also a regular roaster, and is ranked number 3 roast baller in the city.

New York-based comedian and actor Giulio Gallarotti are well known for his regular performances at regular clubs in NYC.

He has been on Girl Code and Totally Clueless on MTV, Comedy Central, Gotham Comedy Live, Hulu’s Ramy, and Sirius XM radio.

Gianmarco Soresi is a standup comedian, writer, and actor. He headlined the Breakout Artist Comedy Series at the Caroline’s on Broadway and featured on SeeSo’s New York’s Funniest.

Texas-born Ken Boyd began his career in 2008 and, within five years, built a strong fan-based and gained international recognition.

Catch some of the Top Headliners from NYC and around the country at Greenwich Village Comedy Club. Some you might have seen on TV like Clayton Fletcher, Ian Lara, AXS, and more.

Clayton Fletcher is a New York-based comedian who performs the USA and around the world. He has featured on several shows on TV like Comedy Central’s “Comedy Awards,” HBO’s “Sex and the City,” and many more.

Ian Lara is tearing up the comedy scene with tours all over the U.S and Canada and has opened for some of comedy’s biggest names. He is friendly, smiley and charming very likable.

The Broadway Comedy Club never fails to deliver on the best names in comedy and comic acts who will make you enjoy stand up comedy.

Catch top-draw comedians like Chris Murphy, Gibran Salee, in action on the night.

Charles Bacquet and Broadway Comedy Club present a lineup full of the best comedians on Valentine’s day. The comedians come from New York City and across the country.

Some of them have been on MTV, HBO, Comedy Central, The Daily Show, The Tonight Show, and more.

Catch Chris Murphy, Gibran Saleem, and more on the night.

New York City-based comedian Chris Murphy is a veteran of comedy and can be seen at NYC comedy Clubs performing nightly shows.

Gibran Saleem was born into a Pakistani home in North Carolina and started comedy professionally after graduate school at New York University.

Gibran is the only comedian ever to have been a finalist for Stand-Up NBC and NBC Late Night Program.

He has featured on MTV, PBS, TV Land, Popcorn Flix, VOA, and more. He has starred in national festivals and was first in the Hoboken Comedy Festival.

If you want a great Valentine’s day time out in the city is what, Stand Up Comedy Club has got you covered.

Watch Francis Ellis, Aaron Berg, and others deliver some of the best love-themed jokes you can relate to and laugh about.

Comedian, actor, and writer Francis Ellis is best known for his time at Barstool Sports.

He has starred frequently in sketches alongside celebrities and athletes. He performs most nights in NYC and cities around the world. Francis incorporates satirical keyboard songs in his act.

Aaron is a star of the groundbreaking TV series 24 Hour Rental and currently the host of Frantic Comedy at Stand NYC.

Hari Kondabolu will be delivering his unique comedy blend at Eastville Comedy Club on Valentine’s day.

Eastville Comedy Club is the place you and your loved one should be on February 14th, as the club’s no two-drink minimum means you can both drink to your feel (don’t get tipsy) as you listen to rib-cracking jokes all night.

Hari Kondabolu is a Brooklyn based comedian, writer, and podcaster.

He is one of the most exciting political stand up comic today.

He released his Netflix special “Warn Your Relatives” in 2018 and has performed on The Late Show with David Letterman, John Oliver’s NY Stand-Up Show, Conan, Jimmy Kimmel Live, and has his half-hour special on Comedy Central.